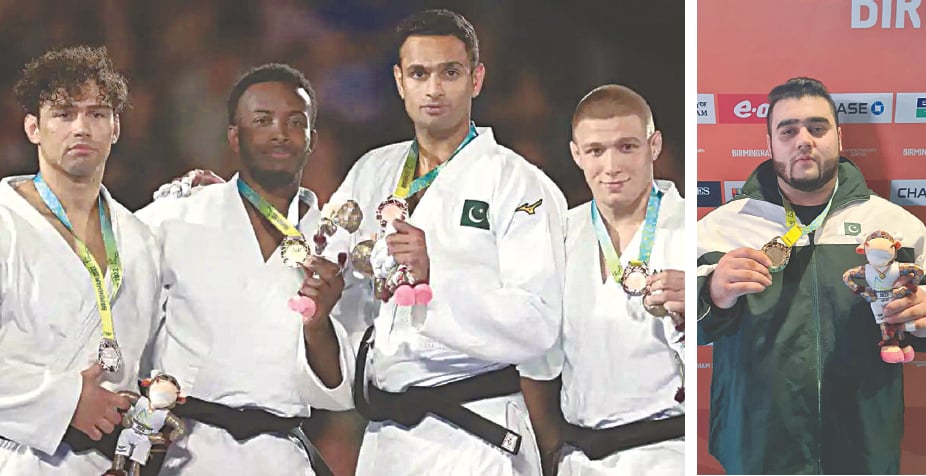 This is the first gold for Pakistan in any category in the ongoing games in the United Kingdom city of Birmingham.

The most surprising performance for Pakistan came from young boxer Ilyas Hussain as he booked his place at the 2022 Commonwealth Games’ featherweight quarter-finals with a win against Trinidad and Tobago’s Anthony Shawn Joseph in Birmingham.

The 22-year-old was also the first athlete to register a win for Pakistan at the Games when the athletes in boxing, swimming, cricket, hockey, badminton, gymnastics and all in squash, barring Nasir Iqbal failed to even overcome their first opponents in their respective competitions.

At the same time, in Hockey Pakistan bounced back strongly to beat Scotland by 3-2 to keep their hopes alive to advance to next round in Commonwealth Games 2022.