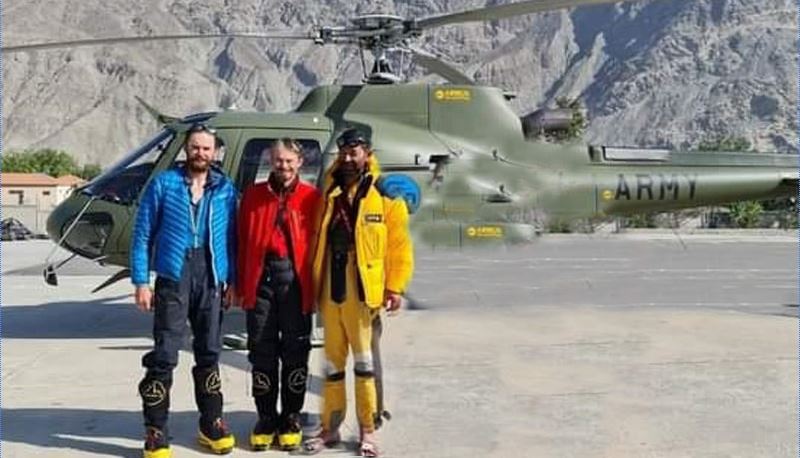 Pakistan Army Aviation successfully rescued three mountaineers stranded on Rakaposhi mountain on Wednesday. Wajidullah Nagri, a Pakistani climber, and Czech climbers Peter Macek and Jakub Vicek became stranded as they descended from the mountain. Sources indicate the foreign climber’s health deteriorated, which led locals to drag him to the army helicopter. One of the climbers had frostbite and could not walk.

In a post on social media, the secretary of the Alpine Club of Pakistan claimed that Army Aviation successfully rescued the three climbers. The ongoing efforts of Army Aviation enabled the successful rescue operation, he said. Rakaposhi is a mountain in the Karakoram mountain range at an altitude of approximately 8,000 m. It is the 27th highest peak in the world and Pakistan’s 12th.