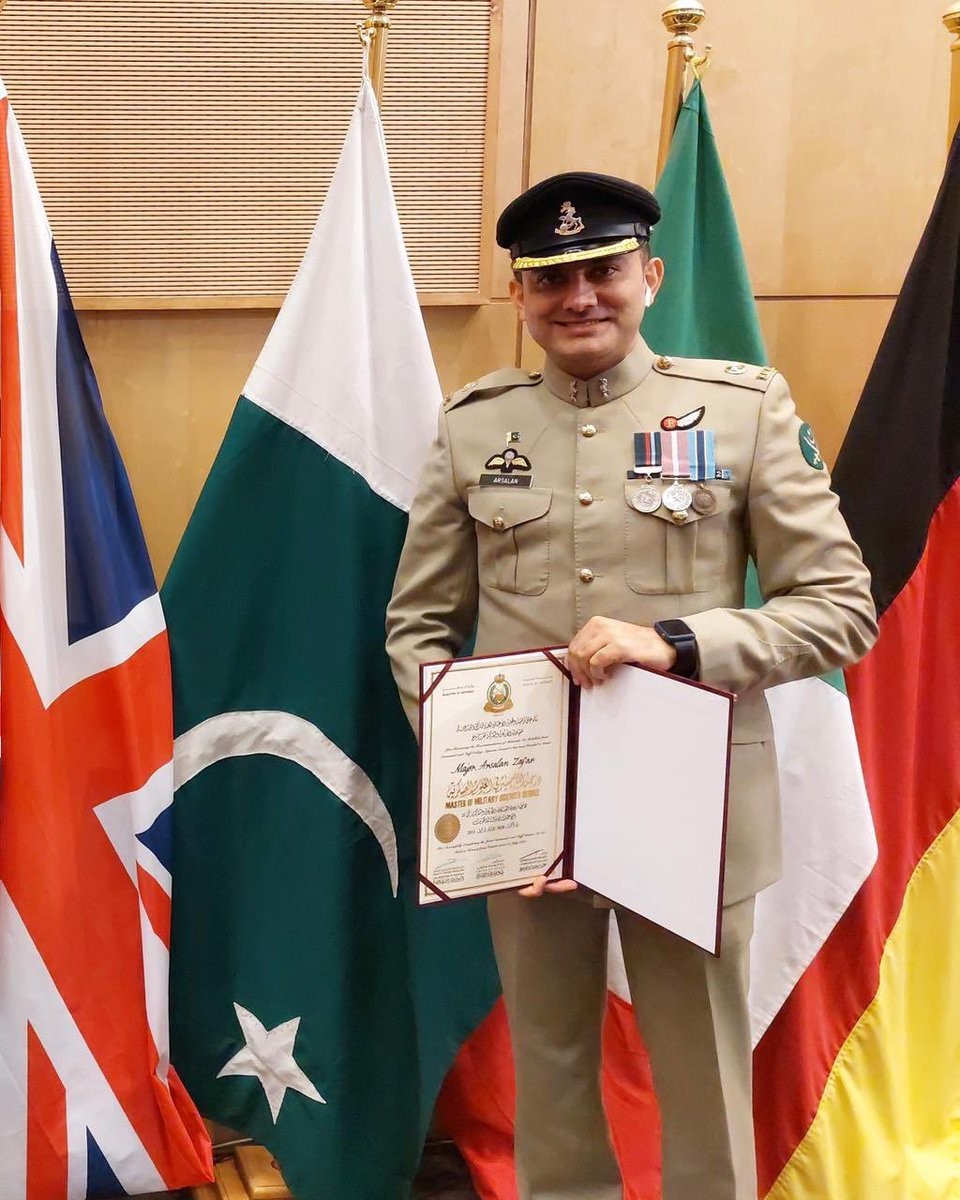 Major Arsalan Zafar of Pakistan placed first out of all foreign officers at the Joint Command and Staff College in Kuwait. The graduation ceremony was honored by PM Sabah Al-Khalid al-Sabah and Defence Minister Sheikh Jaber Al-Ali-Al-Sabah. Social media congratulated the young officer for his impressive performance. Moreover, internet users are posting pictures of him receiving the certificate at the military academy.

There are also many other Pakistani Cadets who have brought awards and achievements to Pakistan. Cadet Shahrukh became the first Pakistani graduate of the US Air Force Academy in 2021 back in May. Additionally, Haris Mairaj from Pakistan was named the best foreign country military cadet at RMC Australia’s December 2020 graduation ceremony.