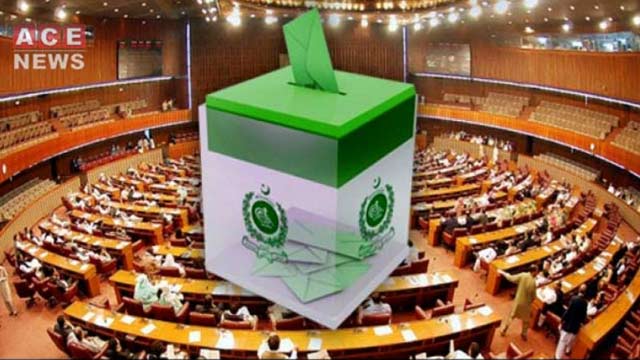 The government scored a major victory on Wednesday, passing its Elections (Amendment) Bill, 2021. The bill grants overseas Pakistanis voting rights and uses electronic voting machines. Opposition members tore up copies of the day’s agenda and walked out during the session in protest. Immediately following the protest, opposition leaders gathered in the chambers of opposition leader Shehbaz Sharif to discuss future plans.

Read more: Pakistan overtakes China in denim clothing exports to US in Jan-Sep

In response to an earlier request by the PM’s adviser on parliamentary affairs, Babar Awan, the bill on using EVMs was deferred and later put to a vote. It was originally scheduled to take place on Nov 11, but the government cancelled it after its allies expressed reservations. President Arif Alvi, after taking all allies into account, called the session to order at noon today.