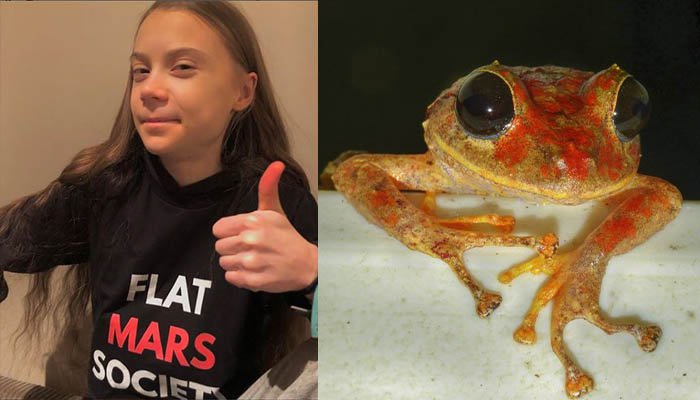 A new type of frog has been named after Greta Thunberg, the climate activist from Sweden. Greta Thunberg is the latest celebrity to have an animal named after her. The newly-discovered frog species has been named “Pristimantis gretathunbergae” by a scientific journal. Approximately a decade ago, the frog was found in a mountain range in the Panamanian rainforest.

Two scientists, Abel Batista of Panama and Konrad Mebert of Switzerland, discovered this frog initially. A team of scientists found the frog on Cerro Chucantí, an island surrounded by lowland tropical rainforest in eastern Panama.