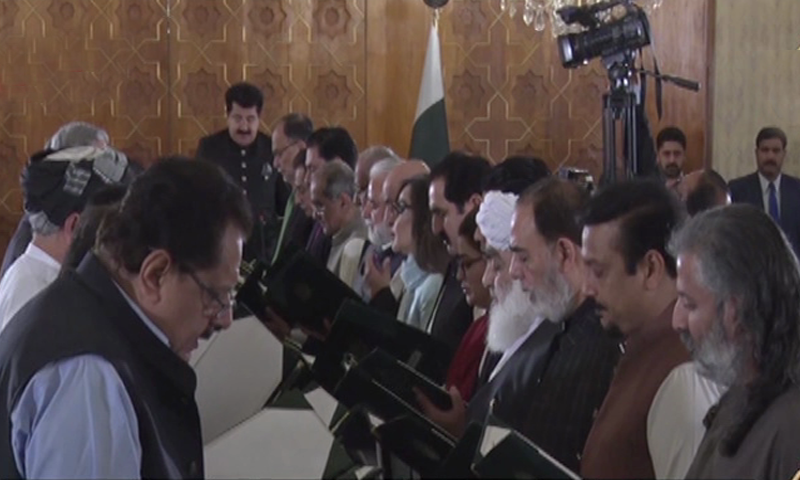 The ceremony was scheduled to be held on Monday, but it transpired that President Arif Alvi had refused to administer the oath to the lawmakers, compelling the government to postpone the ceremony to Tuesday (today).