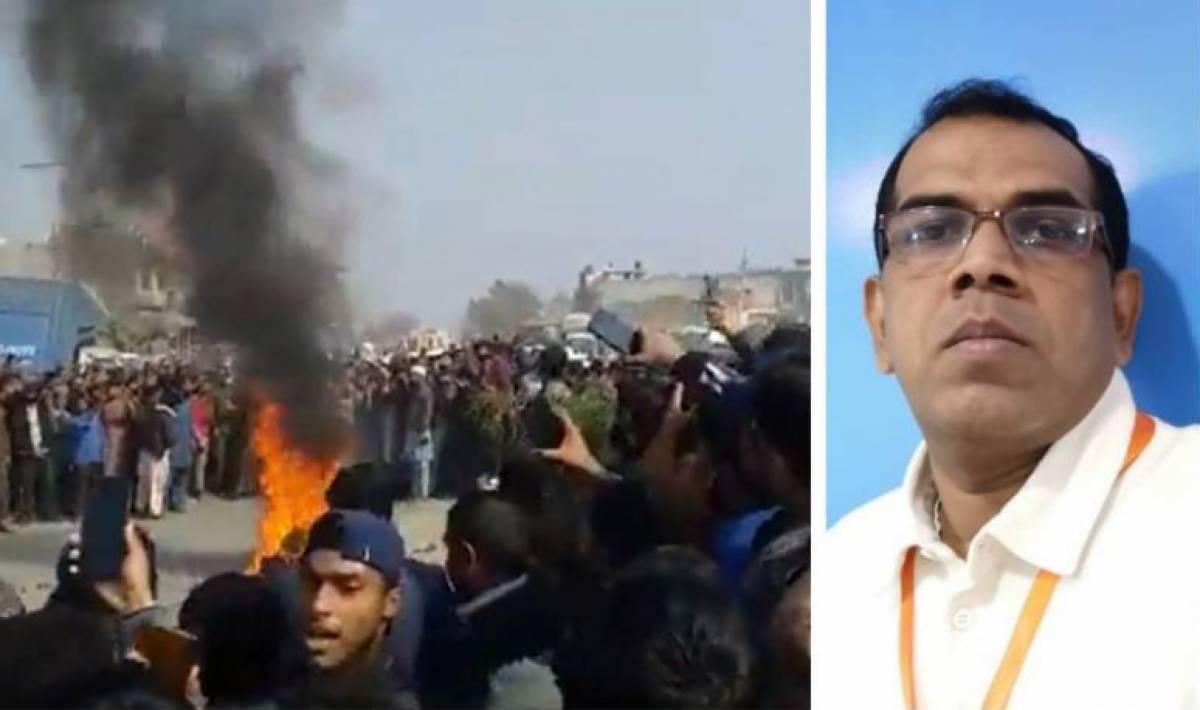 An Anti-Terrorism court in Lahore has sentenced six people to death after convicting them for their roles in last year’s vigilante killing of a Sri Lankan factory manager accused of committing blasphemy. The court also gave life sentences to nine people, five years’ jail to one, and two-year sentences to 72, according to a statement from the public prosecutor. Eight of those sentenced were juveniles.

The six men sentenced to death were convicted of murder of Priyantha Kumara Diyawadana in a case that outraged many Pakistanis.

Diyawadana was killed in December by workers at a sports equipment factory in Pakistan’s eastern Sialkot district where he was a manager.

At the time of the killing, local police officials told AFP that rumours spread that Diyawadana had torn down a religious poster and thrown it in the dustbin.

Many in the mob made no attempt to hide their identity and some took selfies in front of the burning corpse.