Moving Mosques launched in Japan to cater Muslims in Olympics 2020 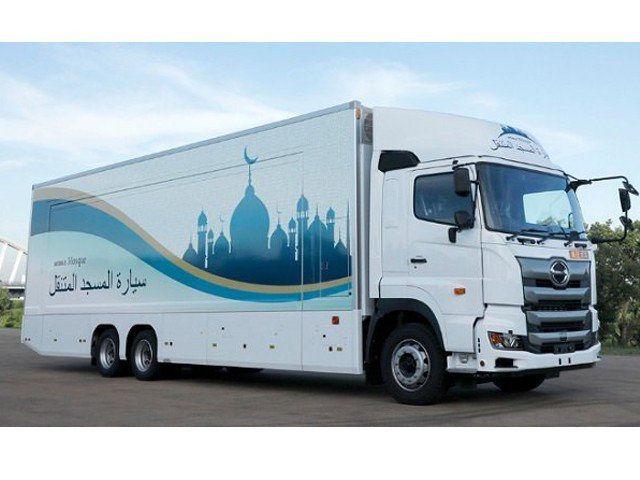 In order to extend maximum hospitality to Muslims, a Tokyo sports and cultural events organisation has launched initiative of Moving Mosques. A white and blue coloured 25-tonne truck that opens from back and doubles in width from side, will create enough room for 50 Muslims to pray. It also has a washing section where taps are positioned for cleansing purposes.

“As an open and hospitable country, we want to share the idea of ‘omotenashi’ [Japanese hospitality] with Muslim people,” said CEO of Yasu Project Yasuharu Inoue. The Mobile Mosques can stop at various Olympic destinations to ensure that a large amount of Muslims are catered to in this international community.