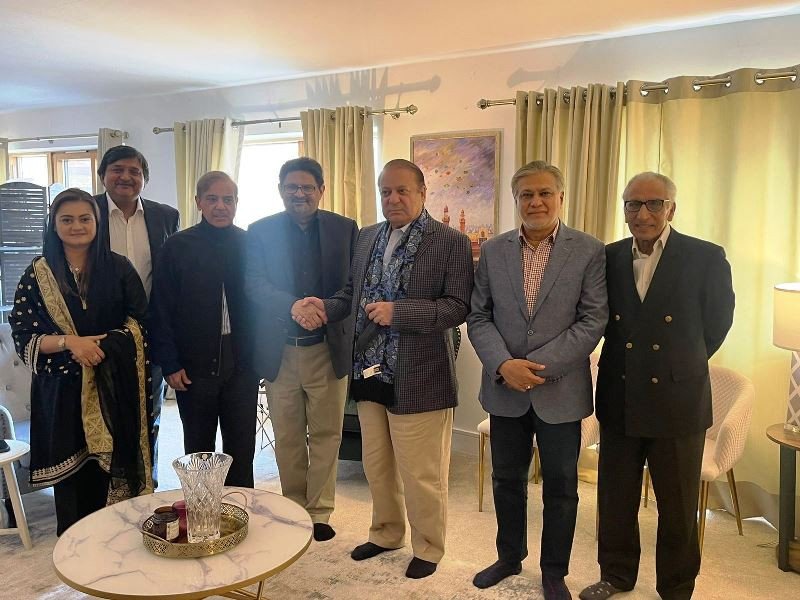 Finance Minister Miftah Ismail has stepped down from his post as senior PML-N leader Ishaq Dar is all set to become the country’s new finance czar. The development came on Sunday after an important PML-N meeting was held under the chairmanship of party supremo and former prime minister Nawaz Sharif in London, along with Prime Minister Shehbaz Sharif and Marriyum Aurangzeb.

Miftah submitted his resignation to the PML-N supreme leader, saying the ministry was entrusted to him by the party.

“I worked to the best of my ability for four months, and remained loyal to the party and the country,” a PML-N statement quoted Miftah as saying during the meeting.

Nawaz appreciated the efforts made by Miftah for carrying out the responsibilities under “tough economic challenges”.