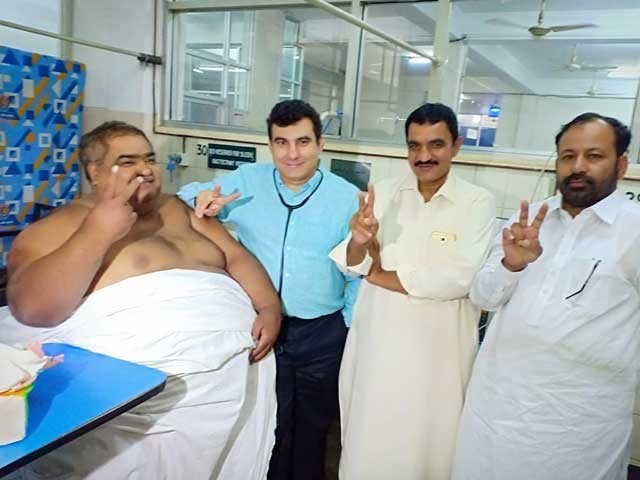 Noorul Hassan, a taxi driver from Sadiqabad, who underwent treatment in Lahore for health complications caused by obesity, passed away on Monday. Reportedly, Hassan was left unattended due to commotion in the intensive care unit (ICU) of the hospital after relatives of a dead patient wrecked havoc at the facility by breaking windows and switching off ventilators.

Noorul Hassan, weighing 330 kg, had made national headlines last month when he was air lifted on a Pakistan Army helicopter to Lahore for treatment on special directives from Army Chief General Qamar Javed Bajwa.