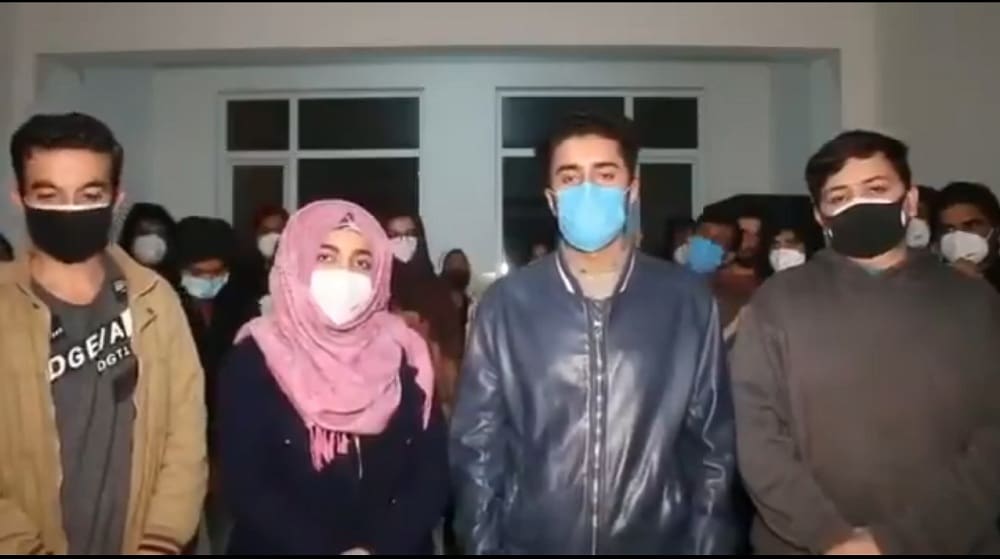 At least 500 Pakistani students are reportedly stuck in the coronavirus-hit Chinese city of Wuhan. In a recorded video, the students have requested the  government to rescue them just like embassies of other countries are helping their citizens. “If even one of us gets affected, the others will be in danger,” said Hafsah Tayab, one of the students stuck in Wuhan.

The students are also running short of food supplies at their hostels as the city of Wuhan is under complete lock down and is running out of basic commodities. Chinese Ambassador Yao Jing has said that Chinese and Pakistani governments are working closely and 500 Pakistani citizens in Wuhan city of Hubei province are safe and being looked after.

Meanwhile, Prime Minister Imran Khan, has sought immediate return of  Pakistani students and directed that an inter-ministerial meeting be held at the earliest to discuss preventing measures against deadly novel coronavirus (NCV).