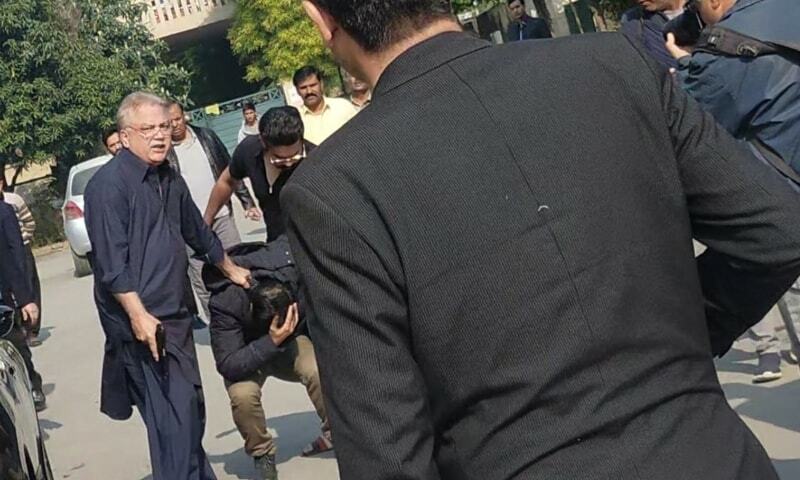 Journalist Mohsin Baig who was detained in a raid has claimed that Prime Minister Imran Khan ordered Federal Investigation Agency (FIA) to torture him. Baig is currently in police custody and was held for making ‘derogatory and demeaning’ remarks on a news channel last week about the premier and Minister of Communications Murad Saeed.

Baig was arrested from his home in Islamabad early Wednesday morning. Reportedly, Mohsin Baig’s son was injured during the raid and faces possible charges, while others have claimed that shots were fired, as well. Footage of the arrest purportedly shows Baig firing a gun into the air and aiming at police.

Mohsin Baig was part of a TV panel last week on NewsOne channel, where the anchor and panelists had questioned the decision to award Federal Minister Murad Saeed the top honour in a ceremony to celebrate the top 10 best performing federal ministries. The panel had made several critical and disparaging remarks about the federal minister, insinuating with innuendoes that some ‘other factors’ were behind the award than his ministry’s performance.