ISPR confirms martyrdom of all aboard missing army helicopter 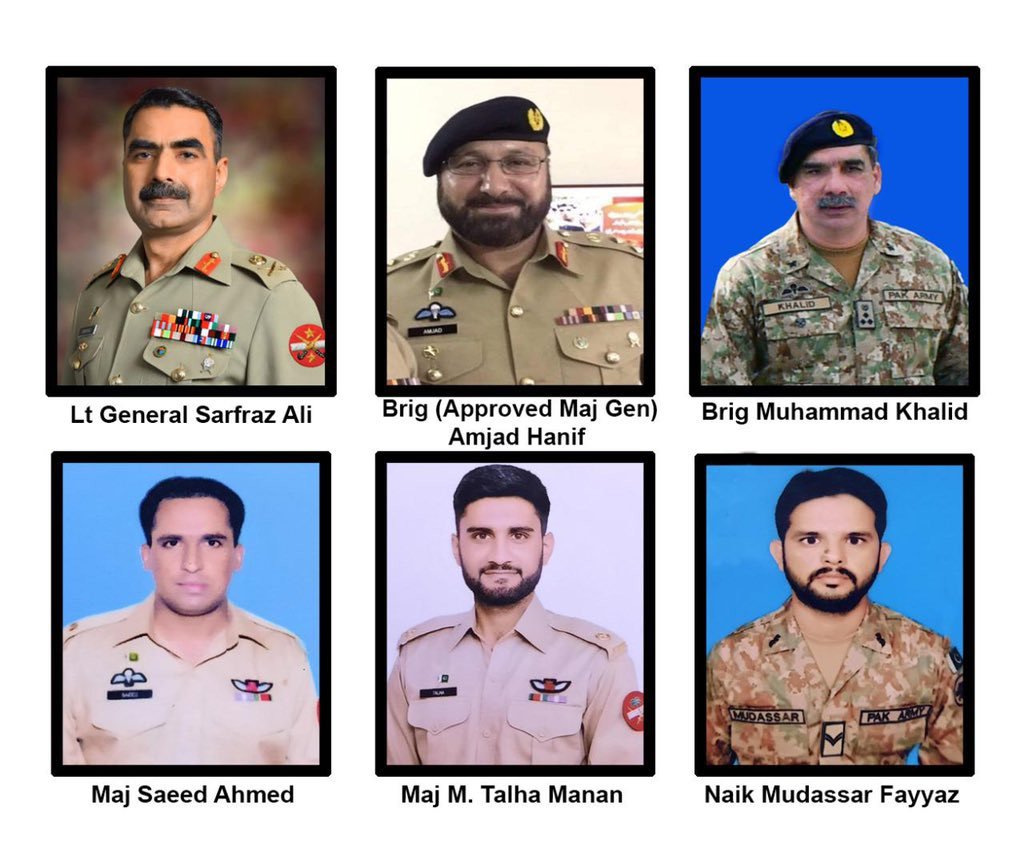 The wreckage of the ill-fated Army Aviation helicopter, which went missing a day earlier, has been found. ISPR has confirmed that all six passengers onboard have embraced martyrdom in the crash. The Inter-Services Public Relations (ISPR) said the wreckage was found in the Musa Goth area of Windar in Lasbela district. The unfortunate accident occurred due to bad weather as per initial investigations.

According to the military’s media wing, the military helicopter was on a flood relief operation in Lasbela.

General Sarfaraz was a veteran of military operations conducted during the war on terror and was awarded the Tamgha Basalat twice for gallantry on the battlefield.

He is survived by his wife, three sons and three daughters. A native of Lahore, the general officer was commissioned 6 Azad Kashmir Regiment in March 1989 and served for 33 years in Pakistan Army.

Major General Amjab Hanif, director general Pakistan Coast Guard, is survived by his wife and a daughter and two sons. He belonged to Rawalkoy in AJK and was commissioned in the 19 Azad Kashmir Regiment in April 1994 and served for 29 years in Pakistan Army.

Brigadier Muhammad Khalid, commanding the 12 Corps engineers, is survived by three daughters and three sons. Hailing from Faisalabad, he was commissioned in the 20 Engineer Battalion in 1994 and served for 29 years.