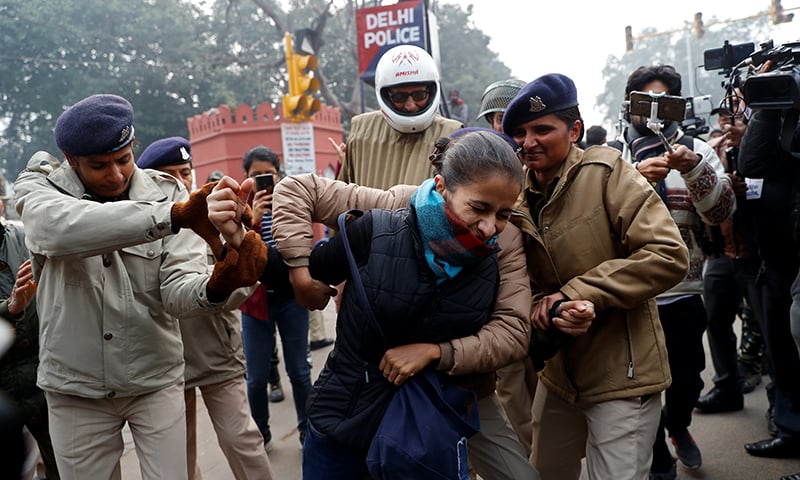 Indian police detained more than 100 protesters in key Indian cities for defying ban on protests that authorities hope to stop widespread demonstrations against a new citizenship law. Internet service was blocked in some parts of New Delhi, a tactic Indian authorities are known to use in other parts of the country, such as occupied Kashmir, to try to stop protests from being organised.

The new citizenship law applies to Hindus, Christians and other religious minorities who are in India illegally but can demonstrate religious persecution in Muslim-majority Bangladesh, Pakistan and Afghanistan. It does not apply to Muslims.

India is also building a detention centre for some of the tens of thousands of people the courts are expected to ultimately determine have entered illegally.