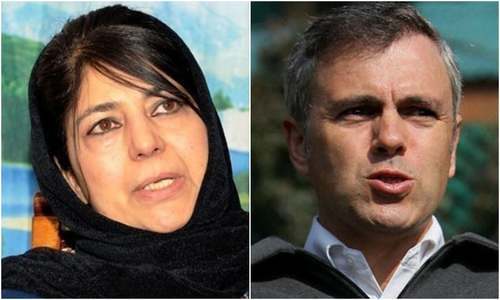 Indian government imposed curfew-like restrictions in Indian-occupied Kashmir (IoK),  and placed under house arrest the former chief ministers of IoK Omar Abdullah and Mehbooba Mufti. Internet services on the cellphones were also suspended, in order to prevent any possible anti-India demonstrations from being organised. All educational institutions have been closed in the restive region and public movement has been banned.

Omar Abdullah took to Twitter to say that he was being placed under house arrest and that a similar process had already started for other leaders.

A few moments before his tweet, Mehbooba Mufti, president of the Jammu and Kashmir Peoples Democratic Party, expressed concerns that there would soon be an internet blackout and the imposition of a curfew.