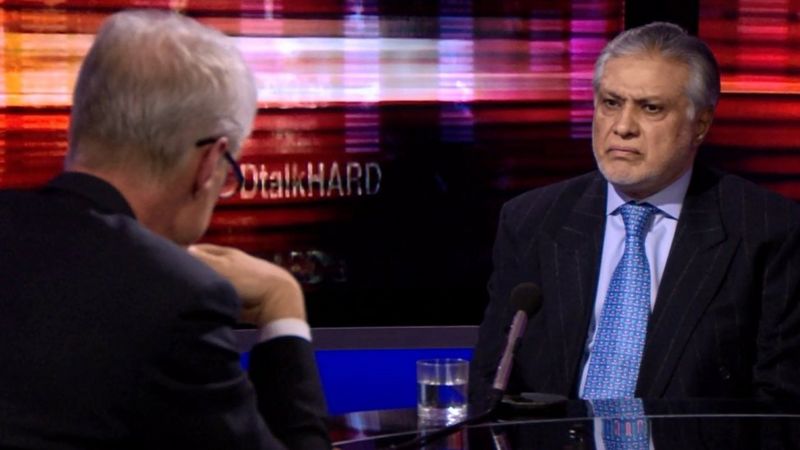 Stephen Sackur, host of the BBC’s Hardtalk, has said that he enjoyed the “pretty intense” conversation with former finance minister Ishaq Dar. Earlier this month, Sackur had asked some gruelling questions on the show, leaving Dar, at times, at a loss for words. Dar faced grilling in a BBC show in which he sought to dispel the impression that he was evading law.

“Hardtalk is supposed to be an intense interview and this conversation [with Dar] was no exception. I enjoyed the experience and at times Mr Dar also appeared enjoying it and appreciated it,” he added.

To another question, Sackur said after hosting the show for 15 years, he had learned several methods of not letting the guests, who are usually high-profile personalities including politicians and government officials, to dodge his questions.

“There are different ways to get them back on track… sometimes the same question has to be asked many times or rephrased to get the straight answer.”

The renowned TV anchor went on to say that his talk show was not a boxing match where he treated the interviewee like an opponent, adding that he always ensured that the guest should be treated with respect.