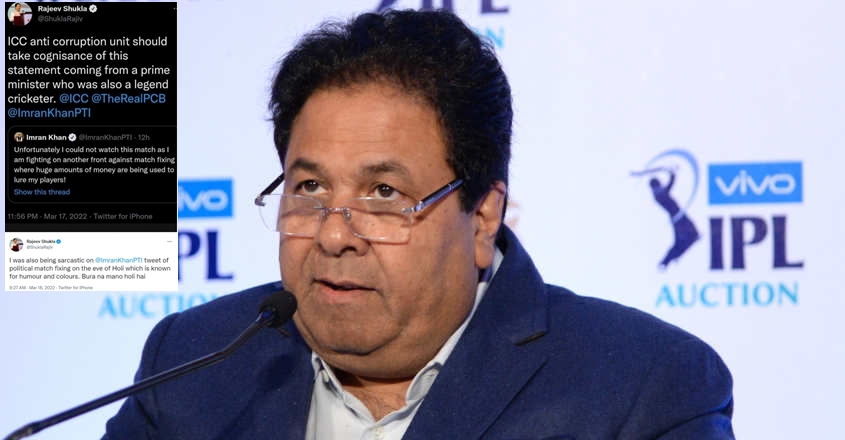 In a rather embarrassing burst out, former Indian minister Rajeev Shukla made a fool of himself after failing to understand PM Imran Khan’s tweet regarding the current political situation in Pakistan. In a Tweet, PM Khan had congratulated the Pakistani team for their magnificent performance in the second Test match against Australia after which he referred to country’s political turmoil.

Unable to comprehend the PM’s sarcasm, former Indian Minister Rajeev Shukla called upon the ICC’s anti-corruption to take note of the Tweet. However, upon realizing his mistake, Shukla deleted the tweet and covered up his agenda by stating that he was being sarcastic as it was the eve of Holi and the festival is known for humor and colors.