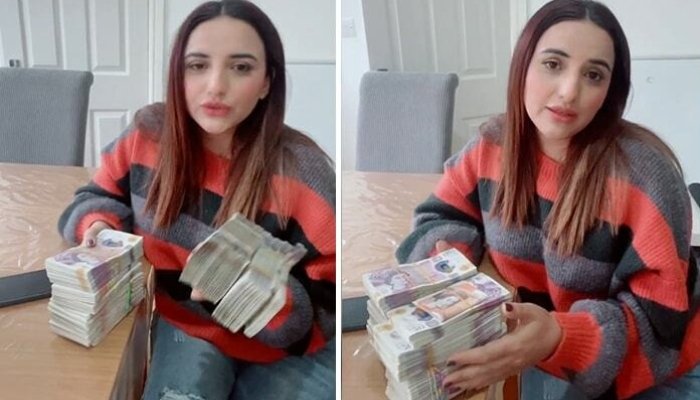 The court order said that apparently the petitioner at present residing in the United Kingdon and would not be able to reach Pakistan by the given date.

The FIA had launched a money laundering inquiry against TikToker after she, in a video shared on social media, seen sitting with stacks of British pounds claiming that she had travelled from Pakistan to the UK with this amount of cash.