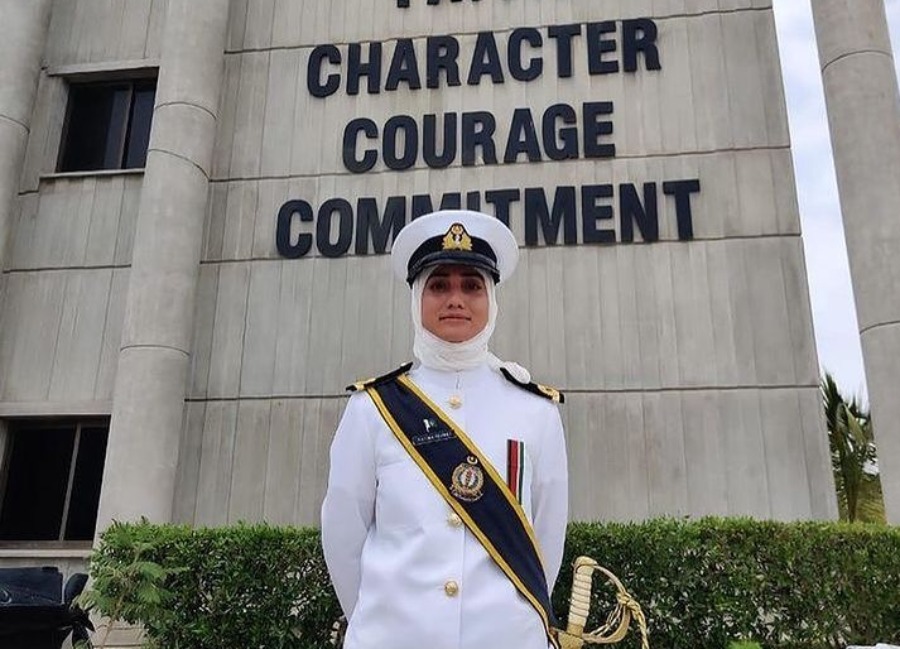 Fatima Changezi was the first female naval officer to join the Navy from Gilgit. As a sub-lieutenant, she completed the 23rd Short Service Commission and received a gold medal. It became Fatima’s honor to become the first woman in her family to complete a psychology degree. Fatima’s decision to join the military was at the request of her father.

She honored her father’s wishes despite the fact that he passed away a month before she joined the Naval Academy. Speaking about her success, Fatima Changezi said, “The stones of societal expectations were thrown at me for not considering marriage as my sole purpose of existence. However, I knew that in the middle of all this chaos I had one person who had my back to push me towards my goals, my Baba (Rehmat Ali Changezi).”