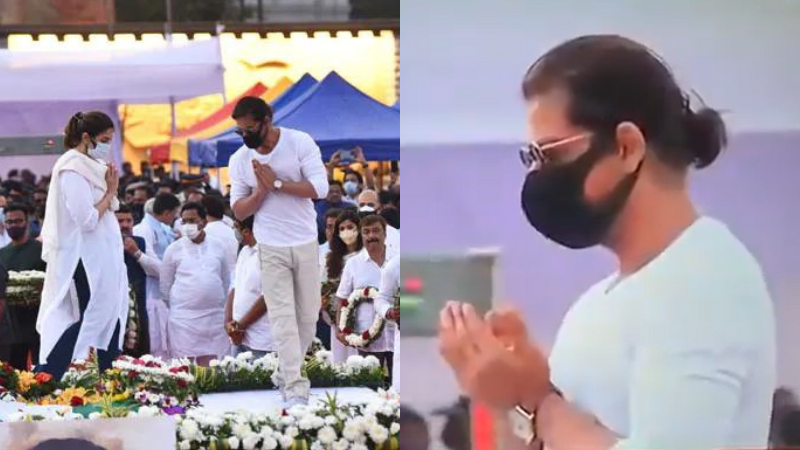 Extremism in India has reached new heights, after the ruling Bharatiya Janata Party’s (BJP) leader accused Shahrukh Khan of spitting at Lata Mangeshkar’s funeral. Khan paid tribute to the legendary singer by reciting a dua [prayer] but when he lowered his mask to blow air on her — a customary act known as phoonkna — some people claimed he spit on her.

Arun Yadav, state-in-charge of BJP Haryana IT, posted a video on Twitter asking whether the actor had spit. The actor’s respectful gesture won hearts all over the nation and people were quick to rush to his defence. Congress leader Supriya Shrinate responded and accused Yadav of spreading hatred. “You aren’t just a bigot but pure evil to twist a dua said in reverence of the departed soul to spread hatred,” she wrote.

Following the backlash, Yadav tweeted that he had “just asked a question” and that “opponents of PM Modi did not appreciate his work in national interest”. Incidents of religious extremism in India are on the rise and even actors like Shah Rukh Khan are not safe from it.

The “Nightingale of India,” Lata Mangeshkar, passed away on Feb 6 at Mumbai’s Breach Candy Hospital, where she was being treated for Covid-19 and pneumonia.