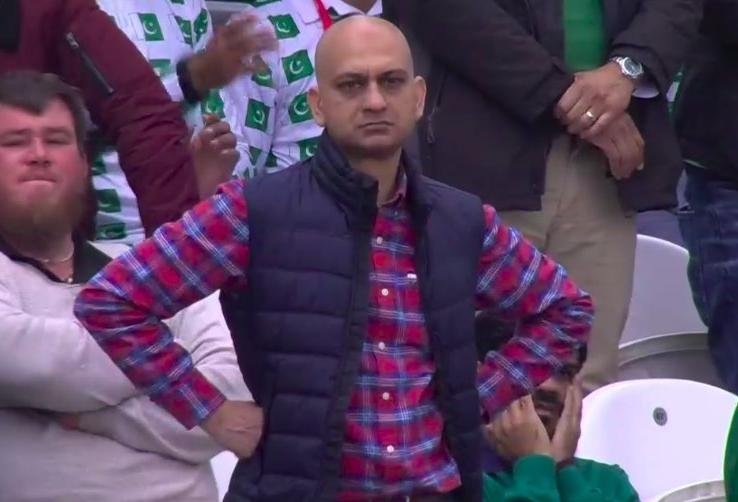 The ‘angry Pakistani fan’ has made headlines once again after an English textbook featured him to explain a word through his expression. Sarim Akhtar was known for his disappointing response during Pakistan’s cricket match with Australia. His disappointing look has been described in the English vocabulary e-book with the graphical representation of the word, ‘glared’.

Providing a perfect description of Akhtar’s expression, the book’s text also states: “to stare angrily” or “to reflect uncomfortably”. He shared the bizarre incident on Twitter to share his amusement. In the end, Sarim Akhtar found out that the book is real and the publisher has used his image without his permission.