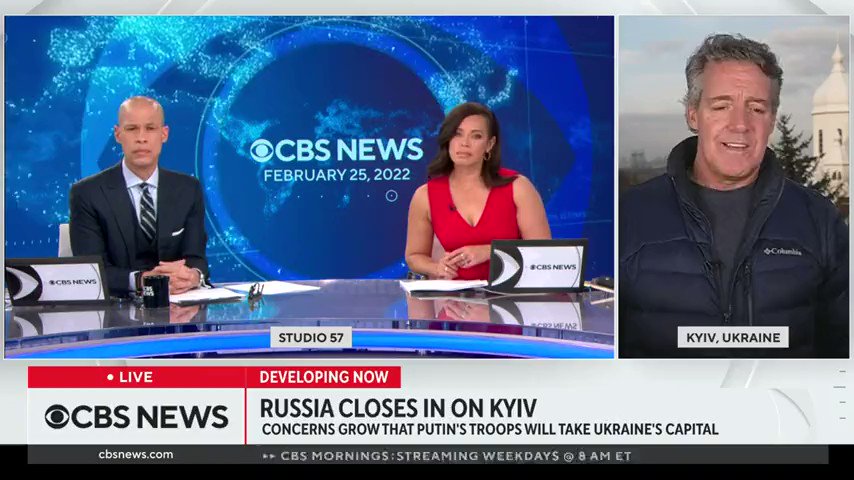 Western media and political figures have been accused of double standards for using their outlets to not only commend Ukraine’s armed resistance to Russian troops, but also to underlying their horror at how such a conflict could happen to a “civilised” nation. The Ukraine refugees were even termed  “prosperous middle-class people” as compared to refugees of Iraq and Afganistan.

CBS News senior correspondent in Kyiv Charlie D’Agata said on Friday: “This isn’t a place, with all due respect, like Iraq or Afghanistan that has seen conflict raging for decades. This is a relatively civilised, relatively European – I have to choose those words carefully, too – city where you wouldn’t expect that, or hope that it’s going to happen.”

“It’s very emotional for me because I see European people with blonde hair and blue eyes being killed every day with Putin’s missiles and his helicopters and his rockets,” Sakvarelidze said.

On Sunday, Al Jazeera English presenter Peter Dobbie described Ukrainians fleeing the war as “prosperous, middle class people” who “are not obviously refugees trying to get away from areas in the Middle East that are still in a big state of war; these are not people trying to get away from areas in North Africa, they look like any European family that you would live next door to.”

CBS news and Al Jazeera English issued apologies after Arabs across social media held no bars when condemning the former and its news reporter after the latter called Ukraine ‘relatively civilised’ when compared to Iraq or Afghanistan.

British journalist Daniel Hannan was criticised online for an article in The Telegraph, in which he wrote that war no longer happens in “impoverished and remote populations”.

The Arab and Middle Eastern Journalists Association also shared a list of instances when journalists and western media made racist remarks and called on media organisations to be “mindful of their implicit and explicit biases”.