Despite pressures, Pakistan does not take sides on Russia-Ukraine conflict during UNGA vote 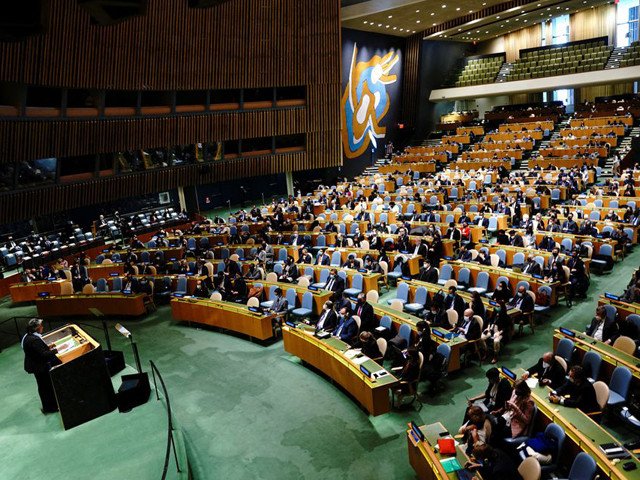 Despite mounting pressure by the West to condemn the Russian invasion of Ukraine, Pakistan chose not to take sides on the matter during UN General Assembly vote. Pakistan’s Permanent Representative to the United Nations on Wednesday delivered a carefully worded speech at the emergency session of the UNGA, calling for de-escalation of tensions and sustained dialogue.

While Ambassador Munir Akram did make a speech at the UNGA, Pakistan abstained from the voting on a resolution that deplored Russia’s military action against Ukraine.

China, India and Bangladesh among other countries also abstained from voting on the Russia-Ukraine conflict.