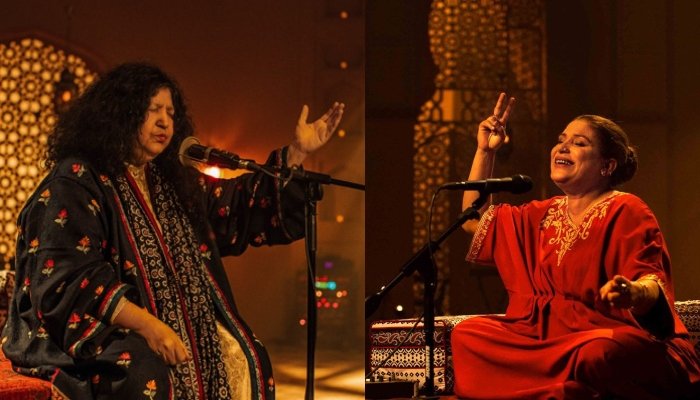 Naseebo Lal and Abida Parveen kicked off Coke Studio 14 with ‘Tu Jhoom’. The video has already gone viral on social media as fans show their excitement for the new season. Several Pakistani celebrities are fanning themselves over the song, including Mahia Khan, Ahmed Ali Butt, and Bilal Qureshi.

It has been composed by the talented Xulfi and features iconic singers Abida Parveen and Naseebo Lal. The video’s music and production are handled by Xulfi along with Abdullah Siddiqui.