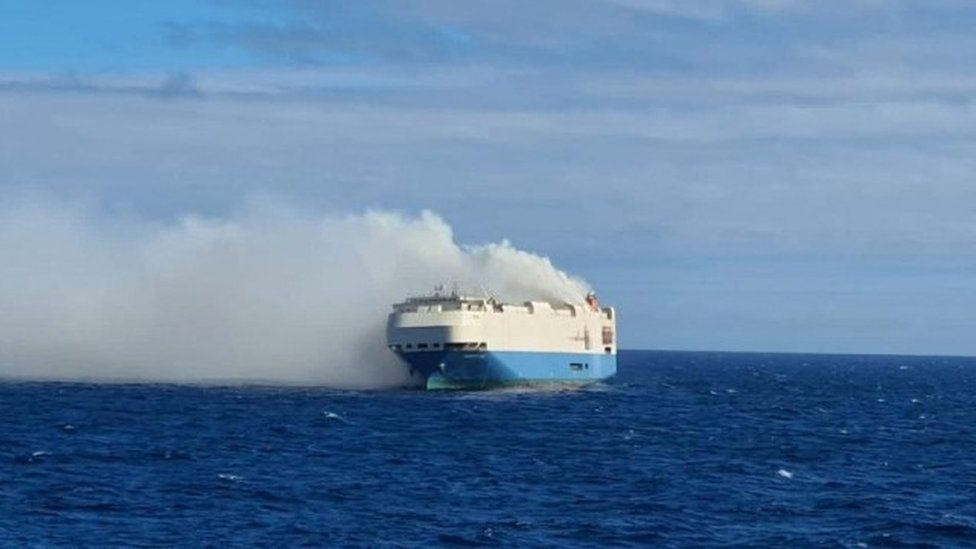 A cargo ship that was carrying thousands of luxury cars has sunk off the Portuguese Azores archipelago, nearly two weeks after it caught fire. The ship, named Felicity Ace, was transporting around 4,000 cars such as Porsches and Bentleys. The vessel was on its way to Rhode Island in the United States from the German port of Emden when the fire broke out.

All crew members on the cargo ship were evacuated when the fire broke out on February 16.

Volkswagen said the damage to the vehicles was covered by insurance which could cost around $155m (£116m) according to Reuters.

Bentley confirmed that 189 of its cars were onboard the ship and Porsche said it had about 1,100 of its models onboard.