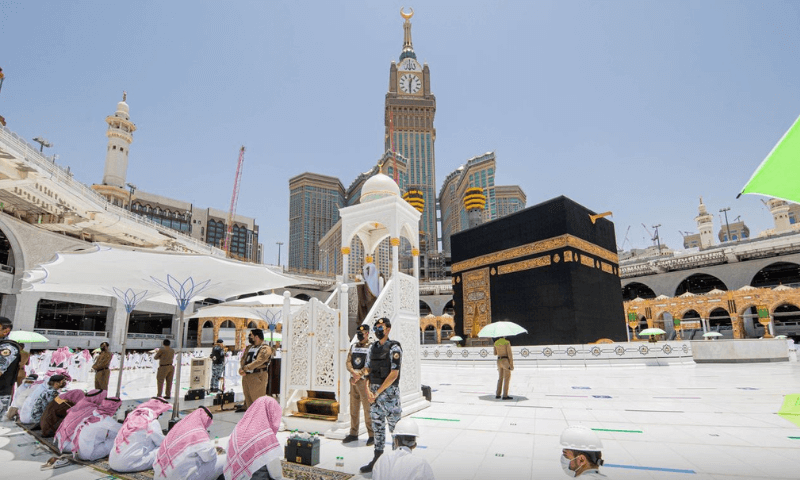 Haramain Sharifain released a video showing a man in Ihram trying to reach the Imam’s pulpit in Makkah where he was preaching. The incident happens during the Friday sermon in the Grand Mosque of Makkah. There were several incidents like this at Al-Haram Mosque in Makkah. Sharifain later cited the reasons why security guards accompany Imams in Haramain in a tweet.

Recently, a video went viral on social media showing a car ramming into the grand mosque in Makkah. The video showing the driver breaking through plastic barricades placed in the outside courtyard of the mosque, however, caused no casualties.