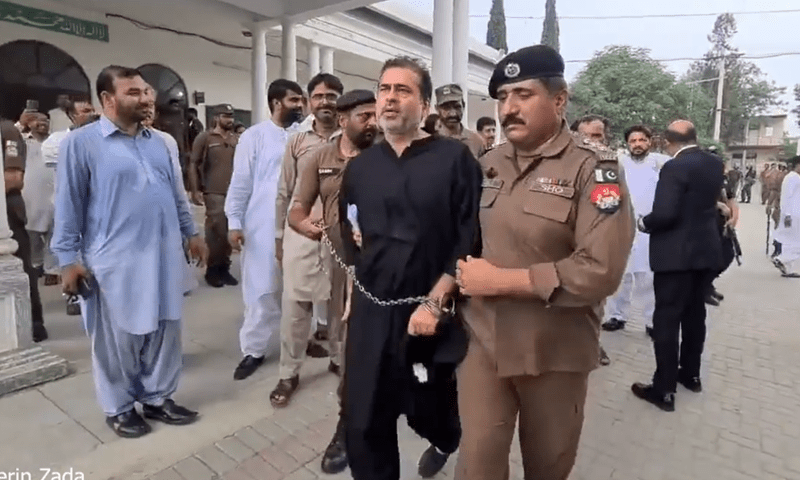 Chakwal police arrested journalist Imran Riaz Khan from Attock district judicial complex soon after a judge, in an early morning verdict, dismissed a treason case against the anchorperson and ordered his release for lack of sufficient evidence. Earlier, the judge had rejected an application by Chakwal police to hand over the anchorperson to their custody as he did not “adhere to legal procedures”.

The journalist, who was taken into custody by Attock police near Islamabad on Tuesday night, was granted relief by a local court in the wee hours of Thursday, but the relief proved to be short-lived as a team of Chakwal police was waiting outside the courtroom to arrest him.

But as Mr Riaz walked out of the courtroom after his release, he “voluntarily” handed himself over to the waiting police party, who subsequently moved him to a police station in Chakwal.