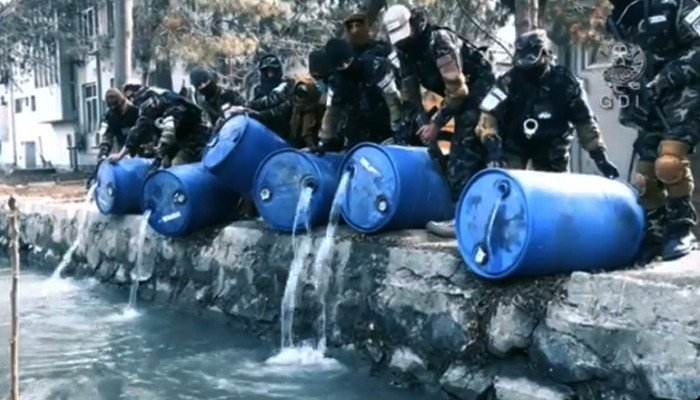 The Afghan intelligence agents poured 3000 liters of Alchohol down a canal in Kabul. Afghanistan’s spy agency announced on Sunday that the new Taliban authorities are taking action against alcohol sales. The General Directorate of Intelligence (GDI) released a video showing its agents pouring alcohol into the canal after seizing it during a raid in the capital.

Moreover, the agency issued a statement saying three dealers were arrested during the operation. Even under the former Western-backed regime, alcohol was banned. Taliban, however, who follow a stricter form of Islam, are less tolerant than other groups.