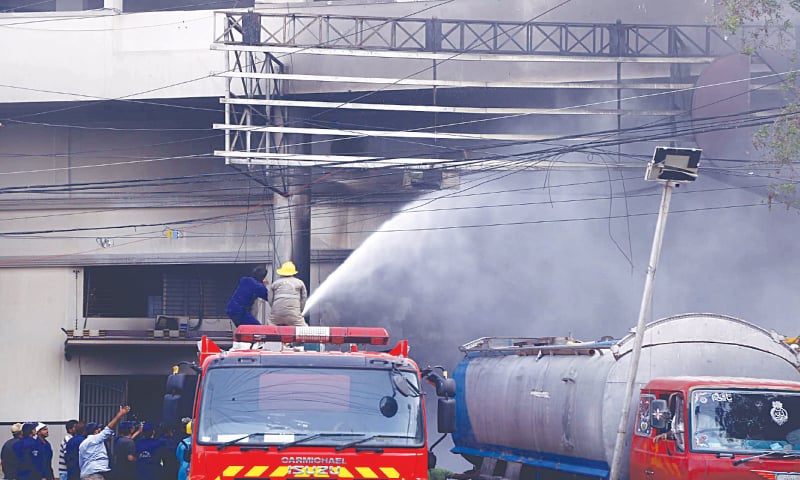 Despite passage of over 50 hours and use of 800,000 gallons of water, the fire in the basement of ‘illegally’ built warehouse of a famed departmental store had not been completely controlled until Friday evening, admitted officials. The store is located in a multi-storey building (Summaya Bridge View) in PECHS Block-3 near Jail Chowrangi on Shaheed-i-Millat Road.

READ ALSO: DUA ZEHRA FOUND HER HUSBAND 3 YEARS AGO THROUGH PUBG, CLAIMS SHE IS 18

An official of the Karachi Metropolitan Corporation’s Fire Brigade said in evening that 10 fire engines were still busy in cooling work of the third-degree fire.

The basement had been built for parking purpose, but it was misused by owners/proprietors of the Chase store for storing eatables and other things.

The DC said they had reports that since price of cooking oil were going to be increased; the owners of the store had stored ‘tonnes of cooking oil’ in the warehouse, which fuelled the fire.