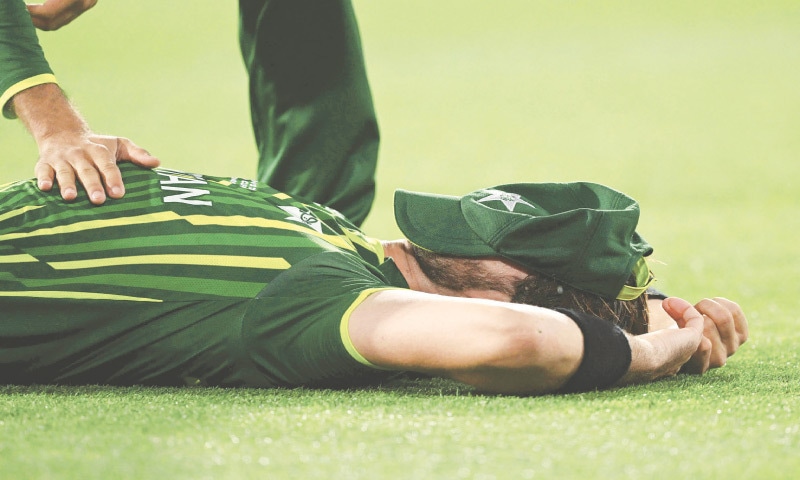 Pakistan fast bowler Shaheen Shah Afridi’s career might be in jeopardy. The left-armer was forced to abort his third over — the 15th of the innings — in the T20 World Cup final loss against England at the Melbourne Cricket Ground on Sunday after an awkward landing on his right knee while taking a catch to dismiss Harry Brook.

Shaheen was coming into the World Cup following what was an accelerated rehabilitation of his knee ligament injury that he picked up in July. Another scare during the final, according to medical experts, could mean his career may well be in danger at just 22 years of age.

If the current injury does not lead to more injuries, it would take Shaheen three to four months to recover.

Either way,Shaheen is set to miss two crucial upcoming home Test series against England and New Zealand, which raises questions over the performance of the current medical panel of the PCB.