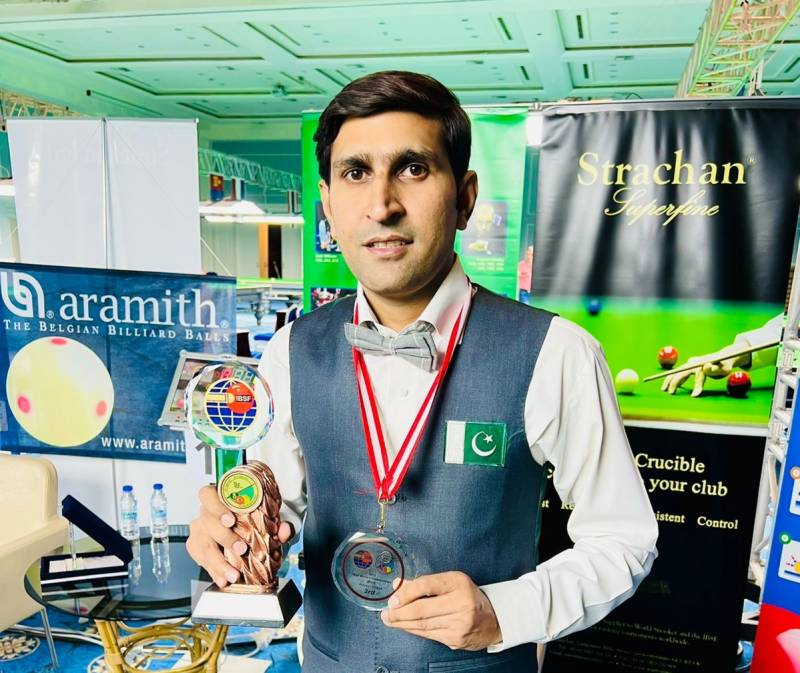 Pakistani cueist Babar Masih won bronze medal in the World Amateur Snooker Championship 2022 in Turkey. Masih could not make it to the final round as he was defeated by Japan’s player Lim Kok Leong by 5-3 in semi-final of the championship played in Antalya city. Earlier this week, the Pakistan player defeated the Indian player Brijesh Damani to qualify for the semi-final round.

The fully prepared Pakistani player won four frames while Indian cueist could win only one frame while finishing the match with 4-1. Last year in September, the Pakistan’s top cueist won the silver media at the IBSF 6-Red World Cup held in Qatar’s capital.

He faced off Indian player Pankaj Advani in the final round where he lost the match to rival after neck-to-neck competition.