WHAT IS A NO-CONFIDENCE MOTION AND WHAT CAN IT DO TO IMRAN KHAN? 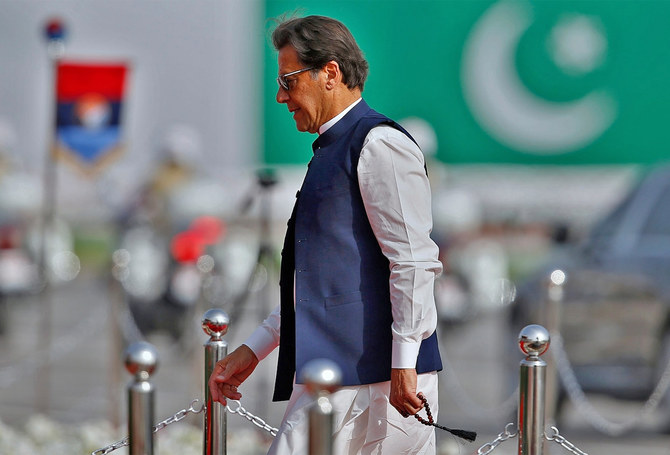 The resolution against the embattled premier was tabled by the Leader of the Opposition in the National Assembly Shehbaz Sharif on March 28 and it was approved for debate the very same day. The no-confidence motion, signed by about 100 lawmakers from the PML-N and Pakistan Peoples Party (PPP), was submitted before the National Assembly Secretariat. The leaders alleged that the Imran Khan-led government was responsible for rising inflation.

A no confidence motion is considered or passed when a person in position of responsibility is deemed unfit to hold that position. The parliamentary motion demonstrates to the head of state that the elected Parliament either has or no longer has confidence in one or more members of the appointed government.

For a vote of no-confidence against the prime minister to be successful, the support of a simple majority — 172 of the total 342 members — in the lower house of parliament is required. 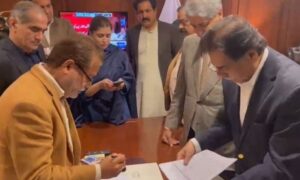 WHAT WILL HAPPEN ON THE DAY OF VOTE?

According to the Constitution, if a no-trust resolution against the premier is passed by a majority of the total membership of the lower house, the prime minister ceases to hold office.

WHAT HAPPENS IF THE PRIME MINISTER IS REMOVED?

If Khan loses vote, parliament can function until its tenure ends in August 2023, after which an election is due within 60 days.

There will be vote in National Assembly to elect a new PM to serve until 2023 or who can call a general election immediately.

When the prime minister is removed through a vote of no-confidence, his cabinet is also dissolved.

In case of the removal of the NA speaker, the deputy speaker temporarily acts as the speaker, till the former can be appointed. 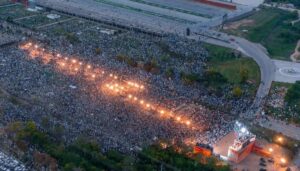 WHAT IS KHAN’S STRATEGY?
Khan has ordered all PTI legislators to remain absent from the assembly on the day of the vote to mitigate any chance of dissidents secretly supporting the motion to remove him.

Absenteeism would not hurt Khan’s cause because he doesn’t need to win; he just needs to ensure that the opposition cannot get the 172 votes needed to pass the no-confidence motion.

Khan has also filed a petition in the courts seeking lifetime electoral bans against on those found to have broken ranks, in a bid to dissuade potential dissidents.

IS THE VOTE CLOSE?
The Muttahida Qaumi Movement-Pakistan (MQM-P), previously a key ally of the PTI-led coalition government, formally announced that it was joining the opposition ranks.

After pulling out the seven-member MQM-P, the opposition parties have now managed to cross the magical figure of 172 — the minimum number required to form the government at the Centre — and now enjoy the support of 177 members in the National Assembly even without nearly over a dozen dissidents of the ruling PTI, who had already publicly declared the withdrawal of their support to the prime minister.

No prime minister in Pakistan’s history has been removed through a no-confidence vote.