Varys’ actor seemed unhappy with his character’s fate on GOT 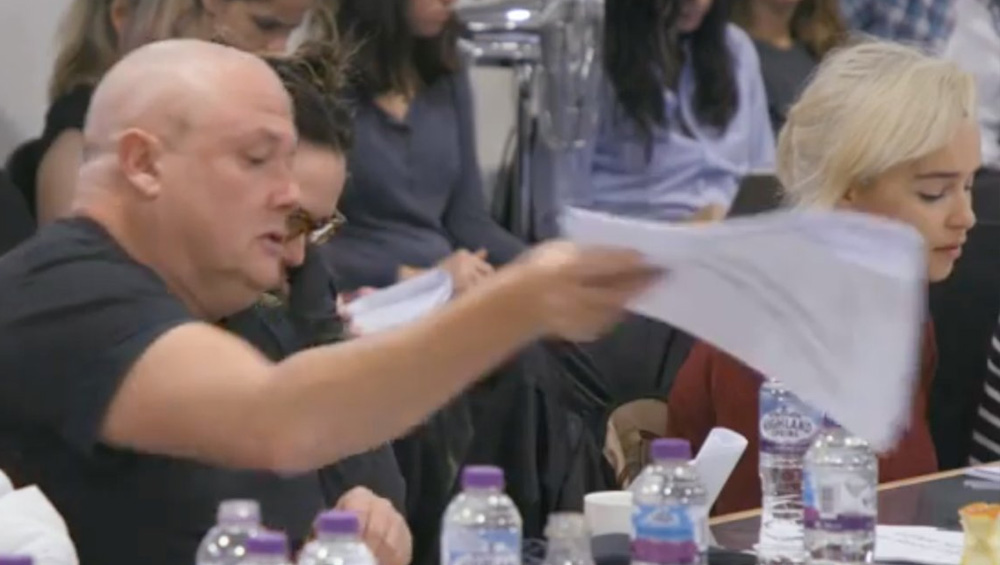 The latest HBO’s “Game of Thrones” documentary, “The Last Watch,” featured footage from the cast’s table read of all six final episodes. The footage show that the Lord Varys actor Conleth Hill looks less than pleased about the fate of his character, as he is seen closing his script and throwing it on the table after reading his last lines.

It is seen in the documentary that as Emilie Clarke read Daenerys Targaryen’s sentencing Varys to death, Hill folded up his script, placed it far from him, and folded his arms. Later, Clarke gave Hill a sympathetic look and Lena Headey, who played Cersei Lannister, placed a reassuring hand on Hill’s arm, which he took.