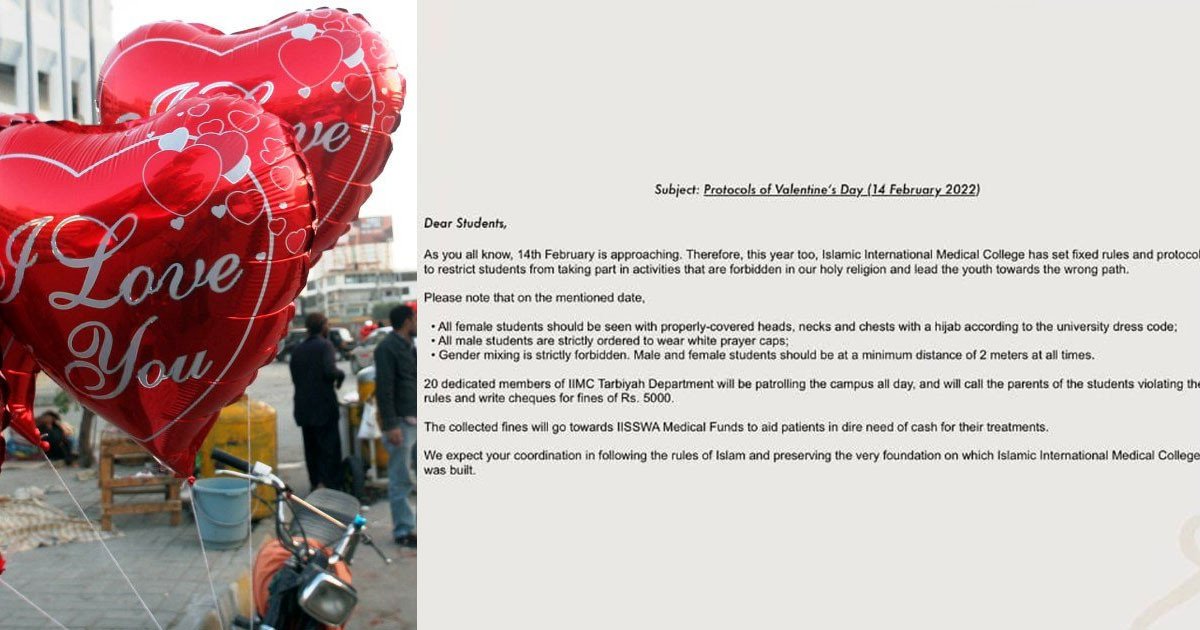 A circular about Valentine’s Day allegedly from Islamabad varsity has been making rounds on Twitter. Islamic International Medical College, established in 1996, is a medical school affiliated with Riphah International University apparently issued guidelines to the students about Valentine’s Day. The said notice has garnered the attention of many at the micro-blogging website.

In the aforementioned circular, the varsity has guided students to dress modestly on February 14. While the administration has asked the female students to “cover their heads, neck and chest according to the college’s dress code”, they have mentioned it is mandatory for male students to wear a “white prayer cap.” There also has to be a mandatory distance of two metres between male and female students.