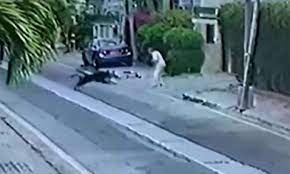 Two German shepherds in Karachi’s DHA were sentenced to death for brutally attacking a resident. Mirza Akhtar Ali was attacked by dogs owned by Humayun Khan because their handlers could not control them during a morning walk. On July 6, the two parties reached an agreement. Humayun and his family also agreed not to keep any dangerous or ferocious dogs as pets.

In addition, Humayun Khan will apologize unconditionally for the harm he inflicted on Mirza Akhtar Ali. The agreement states that Humayun Khan will donate Rs. 1,000,000 to the Ayesha Chundrigar Foundation/ACF Animal Rescue.