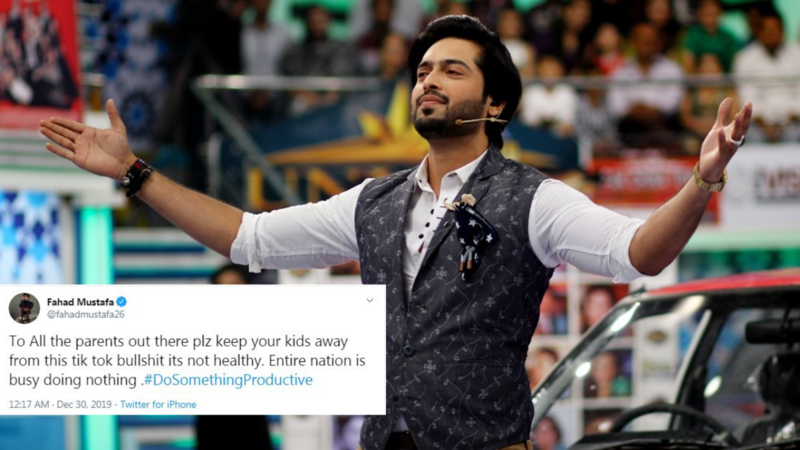 Actor-host Fahad Mustafa called out the video sharing app, TikTok, after a Sialkot based 16-year-old killed himself while filming a TikTok video with his friends. In light of the tragic incident, Mustafa took to Twitter and urged parents to not let their kids use the app. However, Twitter was rather  unhappy with Fahad’s statement, owing to the insubstantial content on his controversial game show.

“Says Fahad Mustafa who teaches nano structural mechanics and engineering live,” read a tweet in response to his post while another tweet noted, “To all the kids out there please keep your parents away from this Jeeto Pakistan bullsh*it it’s not healthy, it’s revolting! Middle age men and women begging for bikes, gold and [U]mra tickets, etc.” TV show host and social media personality Waqar Zaka also clapped back at Mustafa for being hypocritical.