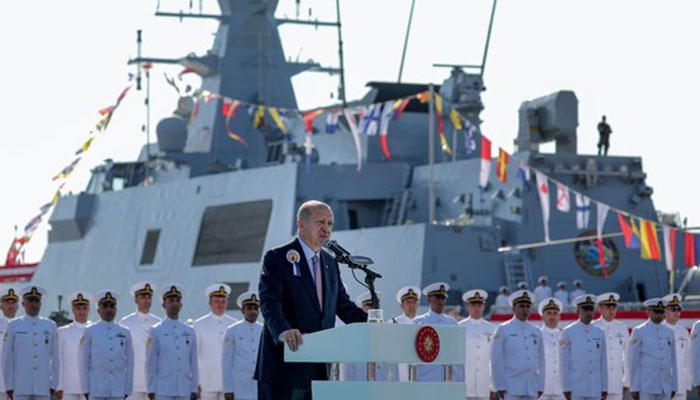 Turkey has started constructing a naval warship for Pakistan, state-owned Anadolu Agency reported Sunday. President Recep Tayyip Erdogan attended a dual ceremony commissioning a new Turkish naval ship while starting construction of a ship set to be sold to Pakistan Navy. The warship commissioned for Turkish navy is named TCG Kinaliada while the one being built for Pakistan is named MILGEM.

Pakistan had signed a contract for the acquisition of four MILGEM-class ships from Turkey in July 2018. MILGEM anti-submarine combat frigates, which can be hidden from the radar will further enhance the defense capability of the Pakistan Navy. While two corvettes will be built in Turkey, the next two will be built in Pakistan through technology transfer.