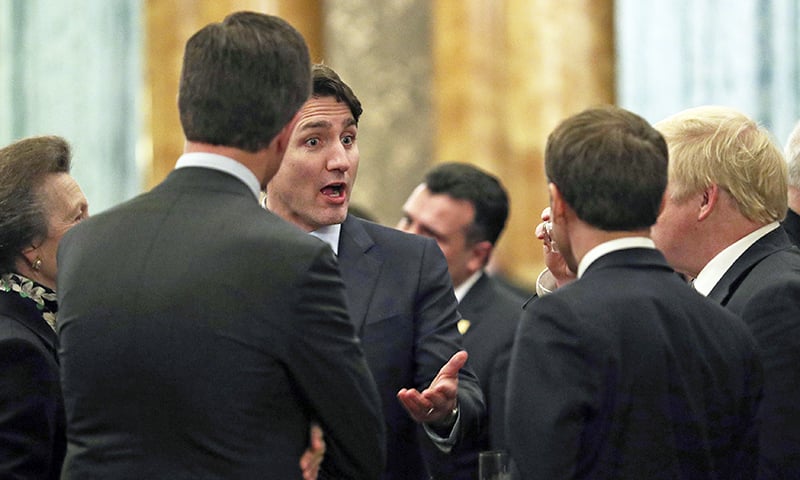 Canadian Prime Minister Justin Trudeau was caught gossiping about US President Donald Trump during a Nato leaders Buckingham Palace reception in London. Trudeau’s conversation with other world leaders was caught on camera and microphone, and the footage went immediately viral. In response to Trudeau’s comments, Trump branded the leader of America’s northern neighbour ‘a nice guy’ but ‘two-faced’.

Trudeau had made a reference to Trump’s long and unscheduled question-and-answer session with journalists earlier on Tuesday. He also said: “You just watched his team’s jaws drop to the floor.” He explained on Wednesday that was in reference to Trump’s decision to hold the next Group of Seven meeting at Camp David, the presidential retreat.

Speaking Wednesday at the summit venue in Watford, outside London, Trump said Trudeau was likely upset that the US president had broached the fact that Canada falls short of the Nato target of spending 2% of its gross domestic product on defense.