Five beautiful tourist destinations you must visit in Pakistan 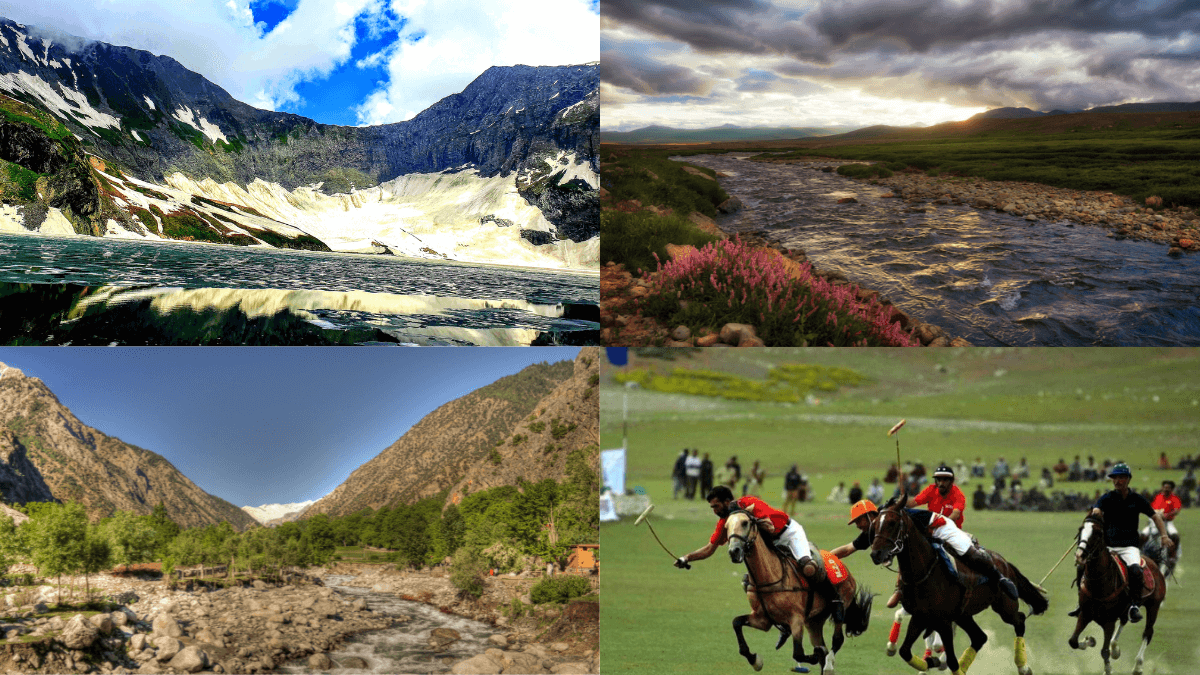 In the minds of most people when they think of Pakistan they think of terrorism, hatred, extremism, sectarianism, and many more. Although Pakistan is not in such a negative light, the reality is quite different. Pakistan is one of few countries among all these challenges that attracts such a large number of tourists. Pakistan has one of the best tourist destinations to visit and enjoy its natural beauty.

There are many breathtaking spots in Pakistan that will make you fall in love with this country again and again. Travelers or tourists should visit the following destinations in the coming year.

After crossing the Karakoram highway in Gilgit, the journey to Naltar valley takes about two hours off-road. A long standing grove of pine trees enhances the beauty of Naltar Valley. There are many beautiful and colorful lakes in Naltar Valley. They are collectively known as Bashkiri lakes. It consists of Satrangi Lake, Pari Lake, and Firoza Lake.

Kalash valleys are known for their ancient pagan culture with three different valleys Bumburet, Rumbur, and Birir. The valley is quite different from other regions of Pakistan because of their culture, traditions and religion. Kalash origins are still a mystery, although it is generally believed that the Kalash are descendants of Alexander the Great’s army.

The Chilan Joshi festival occurs in May, Uchau takes place in the autumn, and Choimus takes place around the winter solstice. Visitors are always impressed by the vibrant costumes, rituals, and dance that are displayed during the festival.

Read more: Five most livable cities worldwide that returned to normal after pandemic

The Neelum Valley is one of the best tourist destinations to visit in the summertime. The valley is located to the north of Muzaffarabad, Azad Jammu, and Kashmir. Neelam valley is known for its scenic beauty, snow-covered mountains, high-altitude lakes, and dense forest. Moreover, Neelam is known as the best place to catch trout fish.

The Deosai National Park is located in Gilgit-Baltistan’s Astore Valley in the Northern Pakistan region. Deosai Plains are 4,000 meters above sea level and rank second among the highest plateaus in the world. Moreover, rich biodiversity is found in Deosai, as species are funneled between the Karakoram range, crest of the southern Himalayas, the Zanskar range, Ladakh range, and the Indus valley.

The Shandur Top, located in Chitral, is one of Pakistan’s best tourist destinations. Besides the polo festival, Shandur top is also known for having the world’s highest polo grounds. During the winter, Shandur Top is covered in snow, however, during the summer, it has a lush green appearance. Every year in July, the Shandur Polo Festival takes place in this region, attracting thousands of foreign tourists and locals.