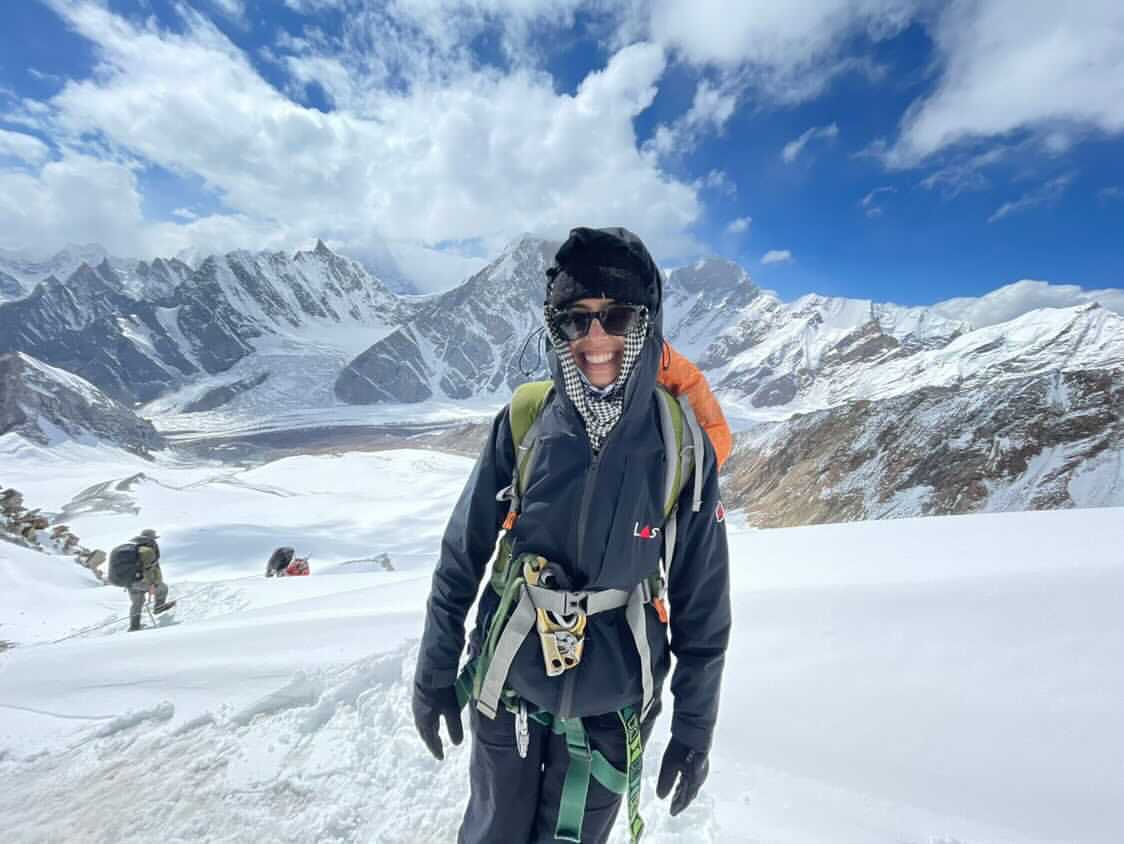 LUMS graduate, Saba Haleem has became the first Pakistani woman in the world to summit Gondogoro Peak. Saba’s trekking journey started with the LUMS Adventure Society (LAS). Every summer, LAS, and its members plan a summer trek which consists of an expedition either of attempting a mountain pass or a mountain peak. LAS’s initiative this summer also became the first-ever successful student-led expedition to Gondogoro Peak.

Saba, along with a group of five LAS members reached the summit of Gondogoro peak in Hushe Valley-Skardu at 6008 meters. The team was led by Rozi Ali, a senior mountain climber who bears the honor of having summited all of Pakistan’s 8000’er peaks and is also the mentor of the late Ali Sadpara.

“For this particular trek, I along with my teammates worked hard all summer and made sure we were both physically and mentally fit to take on this challenge,” said Saba while speaking to Inflics. She also thanked their high-altitude porter Yousuf Bhai and guide Hatim Bhai for playing a great part in making the expedition a success.

Gondogoro peak is a technical snow-capped climbing peak of the Karakorum Range situated in the north of kHushe valley. It is surrounded by multiple internationally renowned mountains namely K2 and Broadpeak in the north, Mashebrum in the west, and Laila Peak in the south. Gondogoro Peak summit is a tough expedition well known amongst the international mountaineering community.