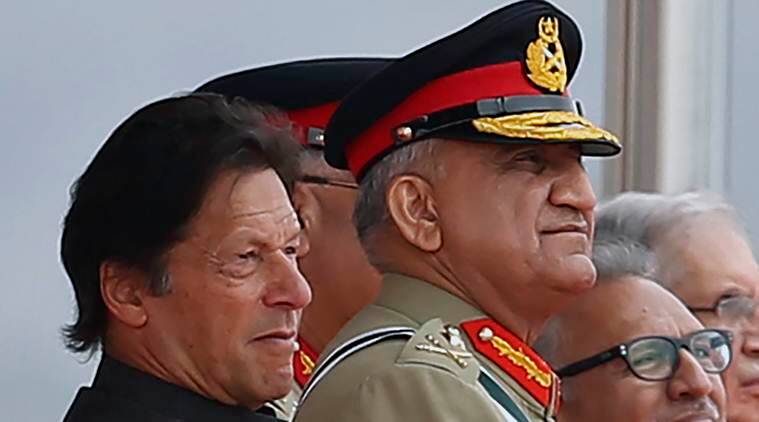 After attempts to delay the vote of no-confidence for more than 12 hours, Imran Khan eventually lost the vote and was de-notified as the Prime Minister of Pakistan on Monday 9th April, 2022. However, a lot of rumors and conspiracies then starting brewing about events of the day. Reports by BBC News were vehemently denied by Imran Khan and ISPR as ‘fake’.

In its report, the BBC claimed that the former premier had removed Gen Bajwa as the army chief and was not expecting his visit to the PM’s Office along with an “extraordinary security routine”.

Though it did not name Bajwa, BBC Urdu said that Khan had sought the “removal of a senior official” who arrived in a helicopter at the Prime Minister’s House in Islamabad for a meeting with Khan.

But his one final desperate attempt to cling on to power by trying to sack the army chief was thwarted as the notification was not issued by the defence ministry.

Khan had been expecting the helicopter but he believed it would be carrying “his newly appointed officials”. Khan had also hoped the sacking of Bajwa would help him overcome the no-trust vote in the National Assembly that was ordered by the Supreme Court.

According to speculations, Khan wanted to impose martial law through his new appointed chief of army staff.

BBC Urdu further reported that arrangements had also been made to declare any notification regarding the sacking of Bajwa “null and void” by challenging it in the Islamabad high court. An advocate named Adnan Iqbal had filed an urgent petition in the high court to challenge any possible notification issued by Khan’s government to remove the army chief. In this context, Islamabad high court chief justice Athar Minallah had reached the court, which was opened at 10pm on Saturday.

Netizens and reporters went to the extent to claim that Khan got beat up by some army officials, and chose to hide his bruises next day by wearing sunglasses.

Rumor has it that Khan wanted to appoint former ISI chief Lt Gen Faiz Hameed, currently the commander of the Peshawar-based corps, as the next army chief. Khan had held up Hameed’s transfer from the ISI for weeks last year, leading to strained relations with the military leadership that had facilitated his rise before the 2018 general election.

On Sunday, the Pakistan Army rejected the BBC Urdu report as “totally baseless and a pack of lies” and “part of an organised disinformation campaign.” A statement from the army said, “The typical propaganda story lacks any credible, authentic and relevant source and violates basic journalistic ethos.”

Do you think these events happened?