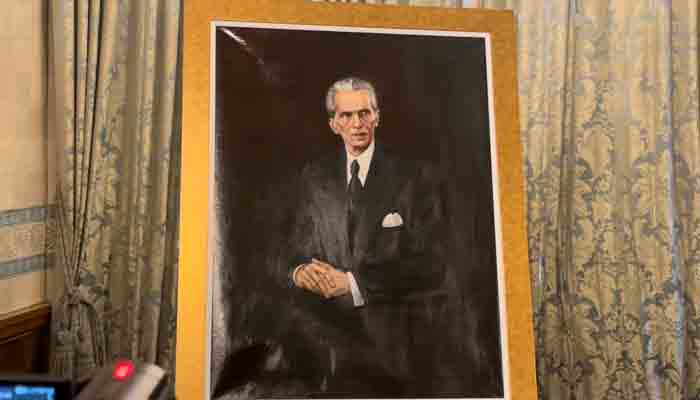 A portrait of the founder of Pakistan, Quaid-i-Azam Mohammad Ali Jinnah, is installed at Whitehall’s prestigious private members’ club, the National Liberal Club, in London. Barrister Mohammad Ali Jinnah, founder of Pakistan has been recognised after 109 years. Jinnah was a club member in 1913, along with Mr Dadabhai Naoroji.  The portrait was prepared by the artiste Mr Kaya Mar and was commissioned by Bilal Sheikh.

The portrait has been installed as part of Pakistan’s 75th Independence Anniversary celebrations in the presence of artists, writers and club members at the Club, which is located close to 10 Downing Street.

Quaid-i-Azam, Muhammad Ali Jinnah, along with Mr Dadabhai Naoroji, was the first South Asian leader to honour the main hallway of this exclusive club.