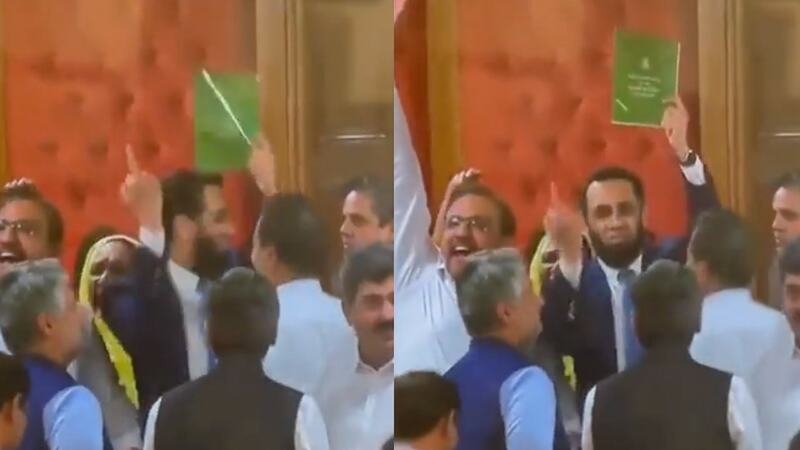 Drama in the Punjab assembly went to far when a ‘middle finger’ was raised in the house. Punjab government spokesperson Attaullah Tarar displayed some very uncouth behaviour in the Punjab Assembly on Monday. Tarar, who is from the PML-N, was told to leave the Punjab Assembly during Monday’s session chaired by speaker Chaudhry Pervaiz Elahi.

As he was leaving to chants of “go Tarar go”, he turned and put up his middle finger, gesturing towards the opposition benches, while holding a copy of the Constitution in the other hand.

After the issue was highlighted on social media, he later ‘apologised’ for the incident on Twitter but as an offhand afterthought.

People also took major issue with the fact that Tarar was holding a copy of the Constitution as he made the inappropriate gesture, considering it a double insult.