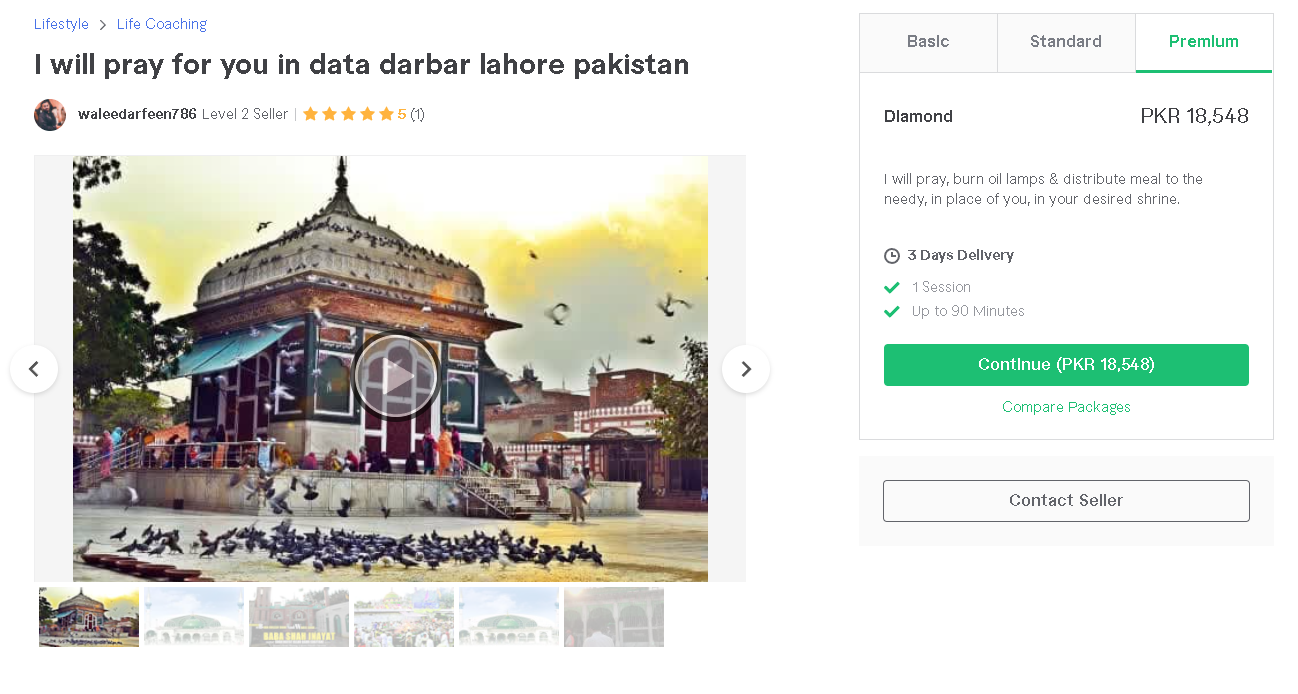 The Pakistani freelancer now offers spiritual coaching via Fiverr to people around the world. He listed different packages for people who want a Fiverr user to pray for them at the Data Darbar, a largest Sufi shrine in South Asia. Online marketplace Fiverr allows freelancers to connect with customers worldwide. It allows users to post and apply for small, one-time jobs online.

Unusual services being offered by a freelancer in Lahore have captured the attention of the internet. “I will pray for you in Data Darbar Lahore Pakistan [sic],” the ad stated.