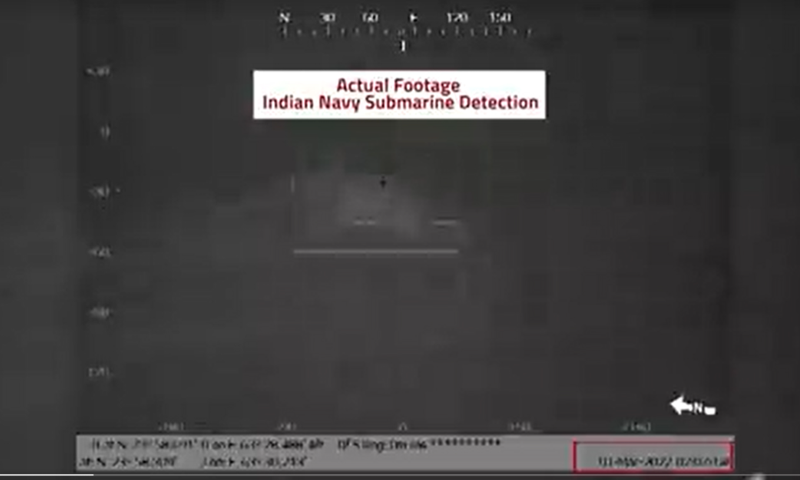 The Pakistan Navy intercepted and tracked an Indian submarine on Tuesday and thwarted its attempt to enter Pakistani waters. In a tweet, Inter-Services Public Relations (ISPR) Director General Maj Gen Babar Iftikhar said that the navy’s anti-submarine unit intercepted and tracked the “latest Kalvari class Indian submarine”. He added that the Indian Navy deployed its vessel against Pakistan with “ulterior motives”.

“The recent incident being the fourth detection in [the] last five years is [a] reflection of Pakistan Navy’s competence and resolve to defend maritime frontiers of Pakistan,” he said on Twitter, sharing video footage of the submarine.

The last such incident was reported in October 2021.