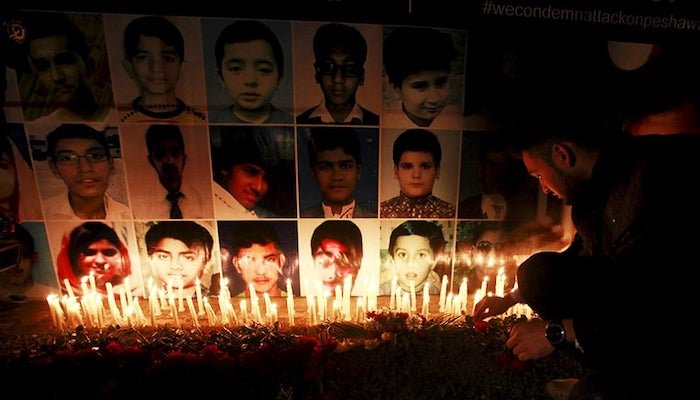 Pakistan is mourning the sixth anniversary of the 2014 terror attack at the Army Public School in Peshawar that martyred 148 people, making it the deadliest act of terrorism in Pakistan’s history. The attack had shocked the entire nation as terrorists stormed inside the school and fired at children who were attending classes at the time.

Recalling the incident, President Dr Arif Alvi said it had brought the nation to tears. “These flowers laid their lives & brought focus of the nation to suppress terrorism with all its might. I thank them,” he said.

Speaking at a hospital inauguration ceremony in Peshawar, Prime Minister Imran Khan started his speech remembering the dark day, and recalled how the tragedy united the country after which “we were able to defeat” the scourge of terrorism in Pakistan.

“Today, six years ago, the nation was shocked & grieved by the extreme act of terrorism against children & teachers of APS; & the nation came together with a resolve to take on those responsible.

“We remain determined & are moving forward in fulfilling this commitment to the nation,” the prime minister tweeted later in the day.