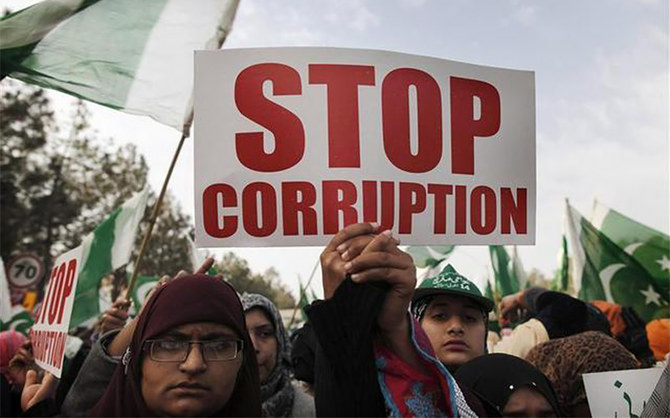 Pakistan ranked 124 out of 180 countries — dropping four spots over last year — in the newly released Corruption Perceptions Index (CPI) by Transparency International. The 2020 edition of the CPI, an annual index that ranks countries based on perceptions of public sector corruption, ranked 180 countries and territories, drawing on 13 expert assessments and surveys of business executives.

Last year, Pakistan had ranked 120. On a scale of 0-100, with zero being ‘Highly Corrupt’ and 100 being ‘Very Clean’, the country’s corruption score stands at 31 — a point lower than last year’s 32 — indicating that the perception of corruption in the public sector has worsened slightly.

Denmark and New Zealand topped the index this year, with 88 points each. Syria, Somalia and South Sudan are at the bottom of the chart with 14, 12 and 12 points, respectively.