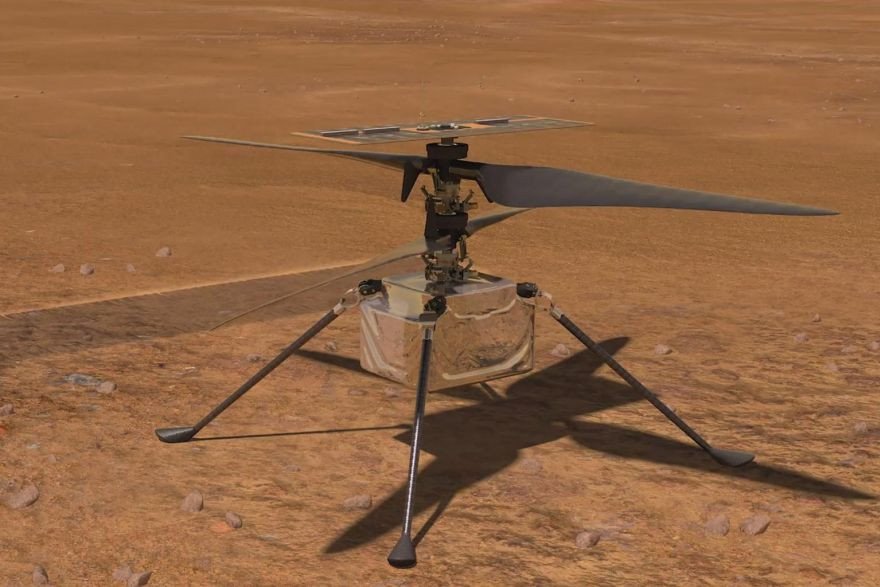 A snippet of color video footage captured by a separate camera mounted on the NASA’s Mars rover Perseverance, parked about 200 feet away, showed the helicopter in flight against the orange-colored landscape surrounding it.