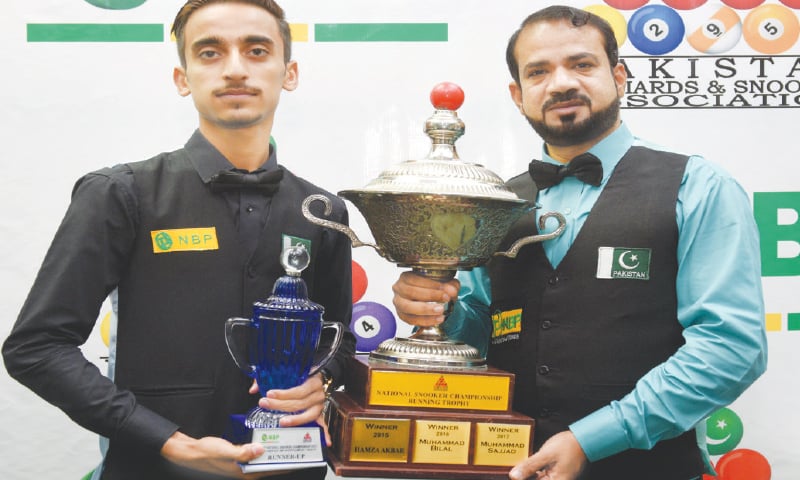 Muhammad Sajjad also set a national record by chalking up the first-ever break of 147 in the quarter-finals. He was presented with a cheque for Rs100,000 by NBP President Arif Usmani, who was the distinguished guest at the award ceremony. He announced another prize worth Rs147,000 in recognition of the record-breaking performance of Sajjad.

‘I think it is time to get rid of Kaptaan and Rizwan’: Shaheen trolls critics after big win

Babar Azam and Mohammad Rizwan took part in a record-breaking double-century opening stand as Pakistan defeated England by 10 wickets on Thursday. Shaheen Shah Afridi took a veiled jab at the critics of Babar and Rizwan by posting a rather cheeky tweet where he said, “I think it is time to get rid of Kaptaan @babarazam258 and @iMRizwanPak.’

Babar Azam’s cover drive is often described as poetry in motion and experts around the globe have often termed it the best in the world among current cricketers. While we often hear the cricket’s greats heaping praise on Babar for his glorious strokeplay, his cover drive-related question has been added as a numerical in matric’s Physics syllabus.

Pakistan women’s football team created history in the SAFF Championship in Nepal as they registered their first victory after an 8-year break from international football. Pakistani-British football star, Nadia Khan, was the star of the show as she smacked four goals, helping Pakistan win by a huge margin of 7-0 against the Maldives in the last group stage game.