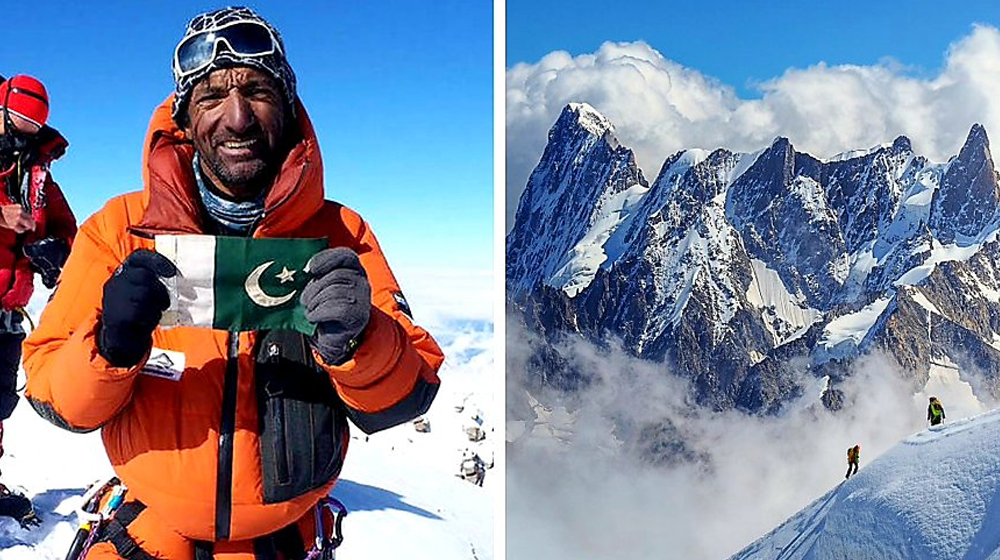 Mountain climber Muhammad Ali Sadpara hailing from Skardu city becomes the first Pakistani ever to summit the 4,808m Mont Blanc. The 43-year-old holds various climbing records and has remarkable achievements in the recent past. Sadpara  started his career as a porter and later fulfilled his potential of becoming a historical climber. He previously climbed eight peaks, of which three were in Pakistan while the rest were located in Nepal.

Last year, Muhammad Ali was enlisted in a 5-year program called “Beyond Mount Everest” by Marc Batard. Under the program, the Pakistani climber vowed to summit Nanga Parbat, K2 and Mount Everest in 2019, 2021 and 2022 respectively.